He hid in the bushes before attacking the terrified woman, who was in her late sixties, in Neasden Recreation Ground in north-west London on August 2, 2021. 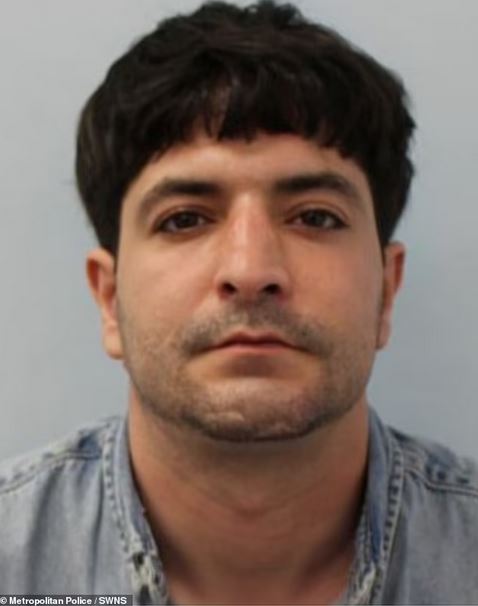 A 29-year-old s3x attacker who tried to r#pe an elderly woman at knifepoint as she walked through a London park has been handed a 15-year jail term.

James Nicolaou hid in the bushes before attacking the terrified woman, who was in her late sixties, in Neasden Recreation Ground in north-west London on August 2, 2021. He grabbed the woman, threatened her with a knife, and exposed himself before trying to r#pe her.

She was taken to hospital and staff contacted the police, who arrested Nicolaou five days later after conducting forensic enquiries.

Nicolaou, of Finchley, north-west London, was subsequently found guilty of two counts of attempted r#pe, s3xual assault and possession of a knife.

He was jailed for 15 years and will serve a further four years on licence upon his release.

Detective Constable Mary Fenton, of the Met Police's North West Command Unit, said: 'The Judge remarked that Nicolaou is considered a dangerous individual, hence the sentence that we have seen passed here.

'I believe London will be a safer place now he is behind bars.

'The victim was out for a walk on a summer's evening as usual when she was subject to a horrible attack. She has shown considerable courage throughout the course of our investigation.'

DC Fenton added: 'Victims of s3xual offences should take heart from this conviction and report it to police.

'We will listen to you, we will investigate and do everything in our power to bring offenders to justice.'