Buhari’s official jet touched down at the Presidential Wing of the Nnamdi Azikiwe International Airport, Abuja, minutes before 6 am, ending his six-day working visit to the Asian country. 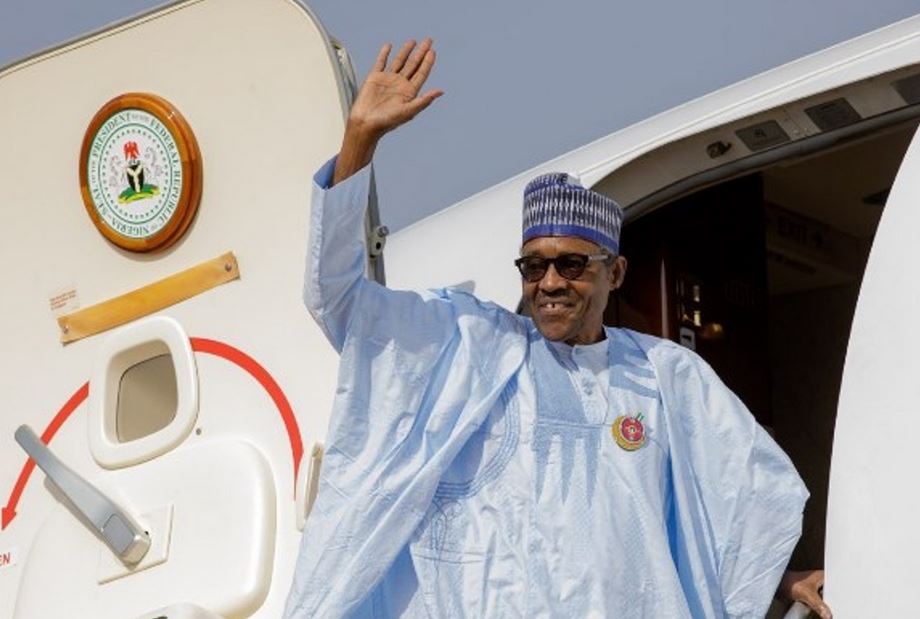 Buhari’s official jet touched down at the Presidential Wing of the Nnamdi Azikiwe International Airport, Abuja, minutes before 6 am, ending his six-day working visit to the Asian country.

While in Seoul, the President, most notably, witnessed the signing of a Memorandum of Understanding for the rehabilitation of the Kaduna Refinery between the Nigerian National Petroleum Company Limited and the Daewoo Group.

At the signing, Buhari said, “Daewoo Group has massive investments in the automobile, maritime and other sectors of our economy.

“I am also aware that Daewoo is currently engaged in the execution of the NLNG train seven project and also constructing sea-going LPG vessels for NNPC and her partners.”

He also delivered a statement to world leaders at the Summit and held several of high-level consultations and bilateral meetings, especially one with his South Korean counterpart, Yoon Suk-yeol, and the Speaker of the country’s National Assembly, Mr. Kim Jin-Pyo.

He called for an expansion of the Nigeria-South Korea trade relations, urging investors to consider Nigeria as fertile soil for their business activities.

While meeting the immediate past Secretary General of the United Nations, Ban Ki-moon, Buhari lamented that Nigeria is already experiencing the negative fallout of climate change seen in the flooding, desert encroachment and drought experienced in various parts of the country.

However, he expressed delight with the existing cooperation between Nigeria and the Republic of Korea especially in the area of energy supply, citing gas exports to the Asian country.

On his part, the former UN Chief who advocates Climate Change remediation and Chairs the Ban Ki-moon Foundation for Better Future sympathised with the President over the flooding.

Buhari also met with representatives of the Nigerian community in South Korea, urging them to be good ambassadors of Nigeria while there.

The President’s visit is premised on an earlier invitation to the Summit based on Nigeria’s selection with five other African countries by WHO and the European Union during the last EU-African Summit in Brussels, Belgium in February 2022 for mRNA technology transfer and Global Training Hub for Bio-manufacturing of vaccines in Africa

Those at the airport to receive the President include the governors of Katsina and Niger States; Aminu Masari and Abubakar Bello; Minister of the Federal Capital Territory, Mohammed Bello, and the Chief of Staff to the President, Professor Ibrahim Gambari.

Others were the Inspector-General of Police, Usman Baba; the Director-General of the Department of State Service, Yusuf Bichi and some other senior military and other security officers.

Those who accompanied Buhari on the journey included Ministers of Foreign Affairs, Geoffrey Onyeama; Health, Osagie Ehanire; and Trade and Investment, Adeniyi Adebayo and State for Petroleum Resources, Timipre Sylva.