Da Silva, the country’s president from 2003-2010, has promised to restore Brazil’s more prosperous past yet faces headwinds in a polarised society. 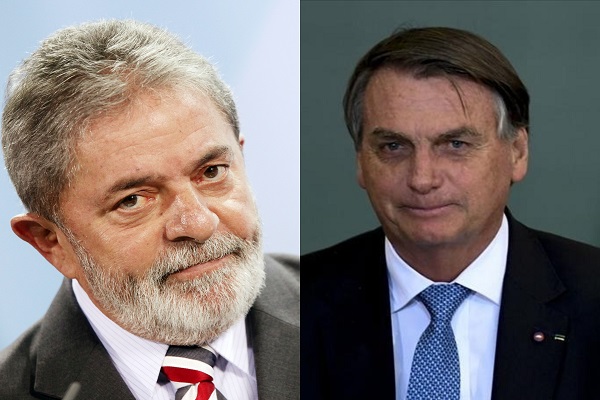 The incumbent President of Brazil, Jair Bolsonaro has been defeated.
Luiz Inacio Lula da Silva of the left-wing Workers’ Party defeated Bolsonaro to become the country’s next leader.
With 98.8% of the votes tallied, Brazil’s electoral authority said yesterday that da Silva had 50.8% and Bolsonaro 49.2%. The election authority said da Silva’s victory was a mathematical certainty.
Da Silva, the country’s president from 2003-2010, has promised to restore Brazil’s more prosperous past yet faces headwinds in a polarised society.
It is a stunning return to power for da Silva, 77, whose 2018 imprisonment over a corruption scandal sidelined him from that year’s election, paving the way for then-candidate Bolsonaro’s win and four years of far-right politics.
His victory marks the first time since Brazil’s 1985 return to democracy that the sitting president has failed to win re-election. His inauguration is scheduled to take place on January 1.
Bolsonaro had been leading throughout the first half of the count and, as soon as da Silva overtook him, cars in the streets of central Sao Paulo began honking their horns.
People in the streets of Rio de Janeiro’s Ipanema neighbourhood could be heard shouting: “It turned!”
Da Silva’s headquarters in a central Sao Paulo hotel only erupted once the final result was announced, underscoring the tension that was a hallmark of this race.
“Four years waiting for this,” said Gabriela Souto, one of the few supporters allowed in due to heavy security.
Outside Bolsonaro’s home in Rio de Janeiro, ground-zero for his support base, a woman on a lorry delivered a prayer over a speaker, then sang excitedly, trying to generate some energy.
But supporters decked out in the green and yellow of the flag barely responded. Many perked up when the national anthem played, singing along loudly with hands over their hearts.
Most opinion polls before the election gave a lead to da Silva, universally known as Lula, though political analysts agreed the race grew increasingly tight in recent weeks.
For months, it appeared that da Silva was headed for easy victory as he kindled nostalgia for his presidency, when Brazil’s economy was booming and welfare helped tens of millions join the middle class.
But while da Silva topped the October 2 first-round elections with 48% of the vote, Bolsonaro was a strong second at 43%, showing opinion polls significantly underestimated his popularity.
Many Brazilians support Bolsonaro’s defence of conservative social values and he shored up support in an election year with vast government spending.
Bolsonaro’s administration has been marked by incendiary speech, his testing of democratic institutions, his widely criticised handling of the Covid-19 pandemic and the worst deforestation in the Amazon rainforest in 15 years.
But he has built a devoted base by defending conservative values and presenting himself as protection from left-wing policies that he says infringe on personal liberties and produce economic turmoil.
Da Silva is credited with building an extensive social welfare programme during his 2003-2010 tenure that helped lift tens of millions into the middle class as well as presiding over an economic boom.
The man universally known as Lula left office with an approval rating above 80% – then-US president Barack Obama called him “the most popular politician on Earth”.
But he is also remembered for his administration’s involvement in vast corruption revealed by sprawling investigations.
Da Silva’s arrest in 2018 kept him out of that year’s race against Bolsonaro, a fringe politician at the time who was an outspoken fan of former US president Donald Trump.
Da Silva was jailed for 580 days for corruption and money laundering. His convictions were later annulled by Brazil’s top court, which ruled the presiding judge had been biased and colluded with prosecutors.
That enabled da Silva to run for the nation’s highest office for the sixth time.
Da Silva has pledged to boost spending on the poor, re-establish relationships with foreign governments and take bold action to eliminate illegal clear-cutting in the Amazon rainforest.
Top Stories