I Will Always Be Bigger Than You - Davido Replies Burna Boy


Burna had tagged himself Davido’s uncle after referring to Wizkid as every ‘Naija artiste popsy’. 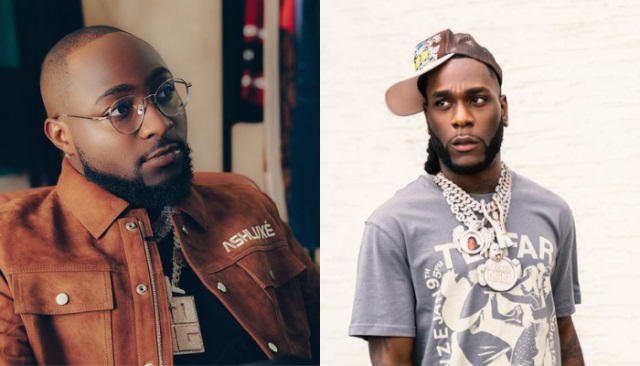 Singer Davido and Burna Boy have engaged in a war of words online.
Davido in a post, replied Grammy award winner Burna Boy over his condescending remark that he's Davido's uncle musically.
According to TheNation, Burna had tagged himself Davido’s uncle after referring to Wizkid as every ‘Naija artiste popsy’.
He stated this following Wizzy’s recent post on how he must be addressed henceforth with Sir or daddy before his name.
Jumping on Big Wiz’s braggadocios remark, Odogwu concurred but took a swipe at O.B.O while at it.
He reinforced his claim that he stands as Davido’s uncle as far as music was concerned.
Davido, who wouldn’t ignore his comment, claimed Burna Boy signed a slave deal with his record label to ‘chase numbers and be bigger than he and Wizkid.
But according to the  ‘Fem’ crooner, despite all of Burna’s attempts he was still trailing far behind Wiz and him.
Baba Ifeanyi also stated that till Burna Boy ceases to do music, he would be bigger than him.
Davido wrote: “Nigga till you stop making music I’m gonna be bigger than you, I ain’t the one that signed a slave deal with your record label because you wanna chase numbers and be bigger than Wizkid & myself.
“You still ain’t seeing our backs!!!”
Top Stories