According to the PPRO, two suspects have been arrested in connection with the gruesome murder of the victim while two others are on the run. 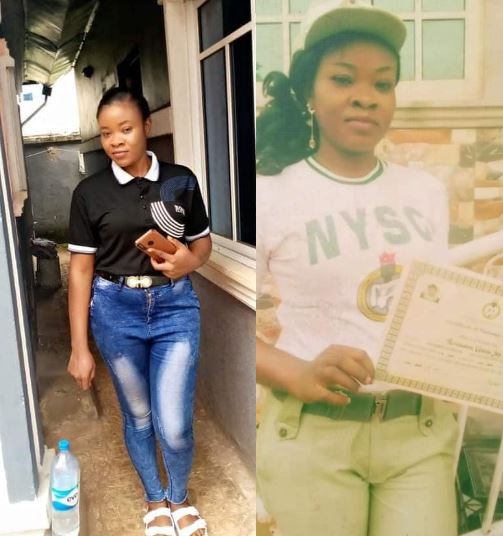 The gruesome killing of Miss Joy Uchechi Nwachukwu, a cashier of a gas plant in Owerri, Imo State have been unravelled by the state police command.

The Imo State Police Command says it has unravelled the mystery surrounding the disappearance and gruesome murder of Miss Joy Uchechi Nwachukwu, a cashier of a gas plant in Owerri, Imo State.

TORI had reported that that Nwachukwu was allegedly killed by her coworkers and her body buried in a shallow grave within the premises of the gas plant.

The victim was allegedly murdered by the suspects including the manager, in an attempt to steal the company’s money.

Spokesperson of the command, CSP Michael Abattam, who disclosed this in a statement on Monday, November 7, 2022, said a shovel and a cutlass believed to be the murder weapons used in killing the victim, were recovered from the shallow grave.

According to the PPRO, two suspects have been arrested in connection with the gruesome murder of the victim while two others are on the run.

"After a futile search, the family decided to complain to the Commissioner of Police through a petition written by one Pastor Mrs Precious Abara. On receipt of the petition, it was immediately referred to the State Criminal Intelligence and Investigation Department (SCIID) for discreet investigation. Detectives from the FORENSIC SECTION were detailed to investigate in conjunction with a team of CRIME SCENE INVESTIGATORS (CSI’s) led by Inspector Obele Fredrick.

"The investigating team, on the 26/10/2022 at about 1200 hours left the Police Headquarters to the scene of crime on investigation, armed with Forensic Equipments. On arrival, preliminary investigation revealed that Miss Joy Uchechi Nwachukwu who doubles as the Secretary/Cashier of the Gas Plant, takes the weekly money sales to the bank on Tuesday’s and manages the day to day running of the company because the owner who resides abroad entrust the business in her care.

"These unfolding revelations gave the team of detectives an insight into puzzle surrounding the disappearance of the lady and a thorough searching was made in the premises of the entire gas station for clues.

"Unfortunately, nothing incriminating was discovered hence they move to the back of the COOKING GAS STATION, in the course of searching, a blood stain was observed on the wall of the fence, this made the team to suspect fowl play hence, they carefully and professionally traced the blood stain to an area where dried grasses were packed deceptively with two heavy stones placed on them to create an impression that nothing has been done around area for long time.

"But, the operatives were not fooled. They removed the heavy stones, the grasses and gently dugged out the earth, alas an offensive stench oozed out. Excitedly, they dug further only to discover it was a shallow grave, inside was a shovel and a cutlass and the decomposing body of Miss Joy Uchechi Nwachukwu.

"Consequently, the corpse was exhumed, the shovel and cutlass recovered to the Station. Hypothetically, it is reasonably suspected that the two items recovered in the shallow grave are the murder weapons used in killing the victim.

"The corpse was later evacuated and deposited at Federal Medical Centre mortuary for autopsy. Two suspects have been arrested and are undergoing interrogation for the gruesome murder of Miss Joy Uchechi Nwachukwu while, two others are on the run.

"The police operatives are not relenting in their search for the fleeing suspects and within the shortest possible time, they will be arrested and made to face the full wrath of the law."