The Police Public Relations Officer of the Lagos State Command, SP Benjamin Hundeyin, said the incident was true however, everything had been resolved. 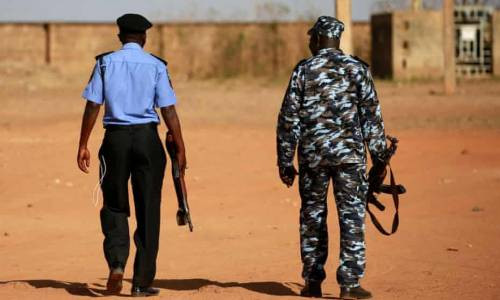 A police officer and an official of the Lagos State Traffic Management Authority have been beaten mercilessly by soldiers along Eko Bridge in Lagos.
Punch reported that the soldiers were on one-way when the policeman and the LASTMA official stopped their vehicle and ordered them to turn back and take the right lane.
It was learnt that the situation became tensed after confrontations as both parties could not come to an agreement.
The soldiers, who refused to turn back, reportedly pounced on the two officials and began to beat them.
It was learnt that another set of soldiers in a different vehicle, who were driving on the right lane, stopped when they noticed the scene and joined their soldier colleagues in beating the officials.
Although calm has been restored to the area and both parties are said to have apologised to each other, it was learnt that the wounded officials are presently receiving medical treatment in the hospital.
Confirming the story to Punch, the Police Public Relations Officer of the Lagos State Command, SP Benjamin Hundeyin, said the incident was true however, everything had been resolved.
He said, “Yes the incident happened this morning (Wednesday) along Eko bridge.
“Everything is fine now and our man is undergoing treatment at a hospital. Both parties have apologised to each other and there is no cause for alarm. The situation is under control.
“The Nigerian Army and the Nigerian Police Force in Lagos State will continue to co-exist in harmony,” he added.
Top Stories