Tinubu made this assertion while speaking at the APC presidential campaign flag-off holding today at the Rawang Pam Township Stadium in Jos, Plateau State. 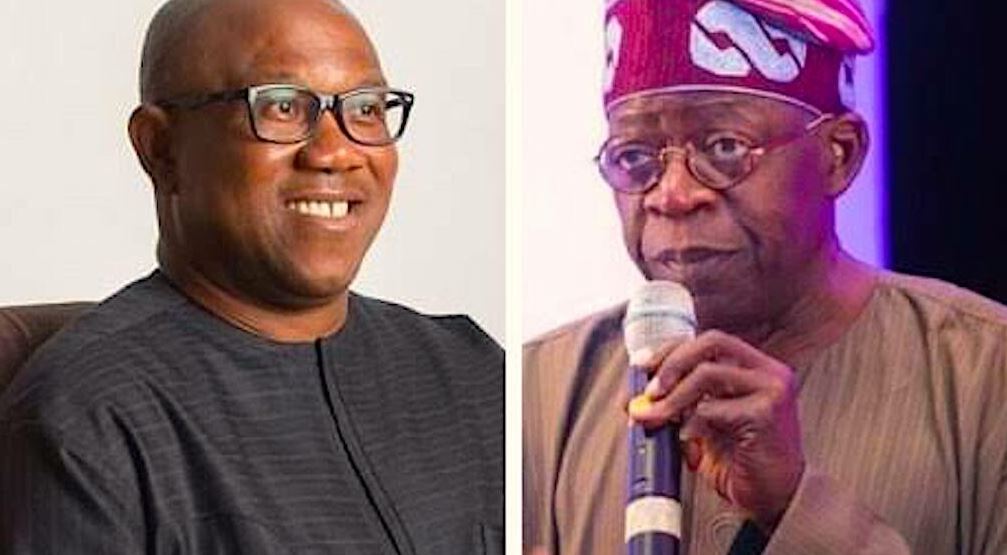 Ahmed Bola Tinubu, the Presidential candidate of the All Progressives Congress, APC, has said that he will send his Labour Party counterpart, Peter Obi back to Anambra State.

Tinubu stated that Peter Obi does not know the road to lead as the president of Nigeria.

Tinubu made this assertion while speaking at the APC presidential campaign flag-off holding today (Tuesday) at the Rawang Pam Township Stadium in Jos, Plateau State.

He said, “Peter Obi, Haaa! This Obidient. He lives in Lagos not in Anambra. He doesn’t know the road. We will return him to Anambra. We will chart him a new course.”

The APC presidential candidate, who stated that the Labour Party candidate lives in Lagos, vowed that he will send Obi back to Anambra state in 2023.

Tinubu however, assured Nigerians that hope is back, saying that Nigeria will be well in the face of difficult times.

He said, “ Hope is back, Nigeria will be well. Nigeria will not sink. We hereby reaffirm our commitment to progressive good governance.”

The flag-off was attended by President Muhammadu Buhari, Senate President Ahmed Lawan, the APC governors among other party national stakeholders.

Meanwhile, goodwill messages have continued to pour in as the APC Presidential campaign flag-off is ongoing in Jos.

Governors Yahaya Bello (Kogi), Ben Ayade (Cross River), Mohammed Badaru (Jigawa), Mai Mala Buni (Yobe), and Nasiru El-Rufai (Kaduna) who all spoke pledged to work for the success of the party and charged supporters to work for the party.

The event witnessed the presence of heavy security operatives who had a hard time controlling the crowd. It took the intervention of the Deputy Speaker of the House of Representatives, Idris Maje to bring the situation under control.

Senator Remi Tinubu in the company of Hajia Nana Shettima assured women and youths that they will be carried along in governance hence they have nothing to fear in voting in the Party in 2023.

Isa Aremu added the APC is a labour-friendly party as the President did not retrench any worker despite the recession hence labour movement is in support of Tinubu, he will deliver decent jobs.

Senator Joshua Dariye who also spoke assured that the feat of 2015 and 2019 would be replicated.