Final-Year Student Allegedly Commits Suicide Because His Girlfriend Dumped Him.


The deceased allegedly committed suicide on Friday, November 18, after being dumped by his lover. 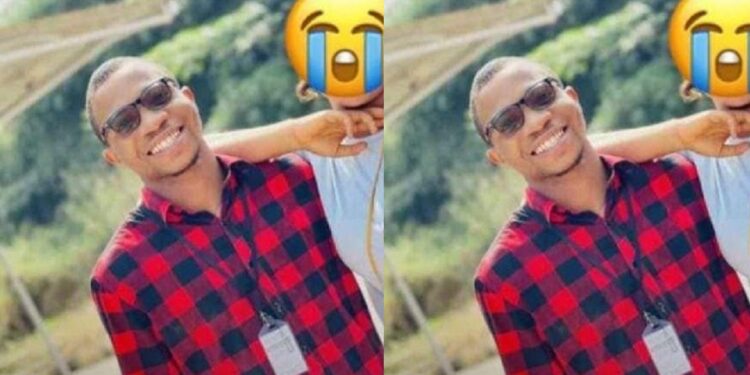 In what will come across as a really startling development, a final-year student of the Federal Polytechnic in Oko, Orumba North Local Government Area, Anambra has died.

He reportedly died by committing suicide.

According to Daily Trust, the deceased allegedly committed suicide on Friday, November 18, after being dumped by his lover.

A source claims that the young man, whose identity has not been made public, took sniper after his lover advised him to find another woman.

Iyke Orji, a student at the college, said of the dead that he was “full of energy and life.”

“He was in his IT days, a student of Public Administration. He decided to stay in Oko for his one-year industrial training, (but) instead of focusing on his training, he decided to search for true love,” he said.

The administration of the institution has not yet commented on this development but the state police command’s spokesperson, DSP Tochukwu Ikenga has made a statement to LIB.

He said; “I am yet to receive any report on it. The command wishes to use this opportunity to call on the witnesses of this incident to come forward to us with details for us first to verify the authenticity of this information and possibly to know the cause of the incident.

This will help us to advise people with suicidal thoughts on what to do.