Pregnant Woman Laments Alleged Abduction Of Husband By Ebubeagu In Enugu Over 20 Days Ago, Says His Whereabouts Unknown


Ebubeagu is a security outfit launched on April 11, 2021 by the five governors of the Southeast region to fight terrorism in the zone. 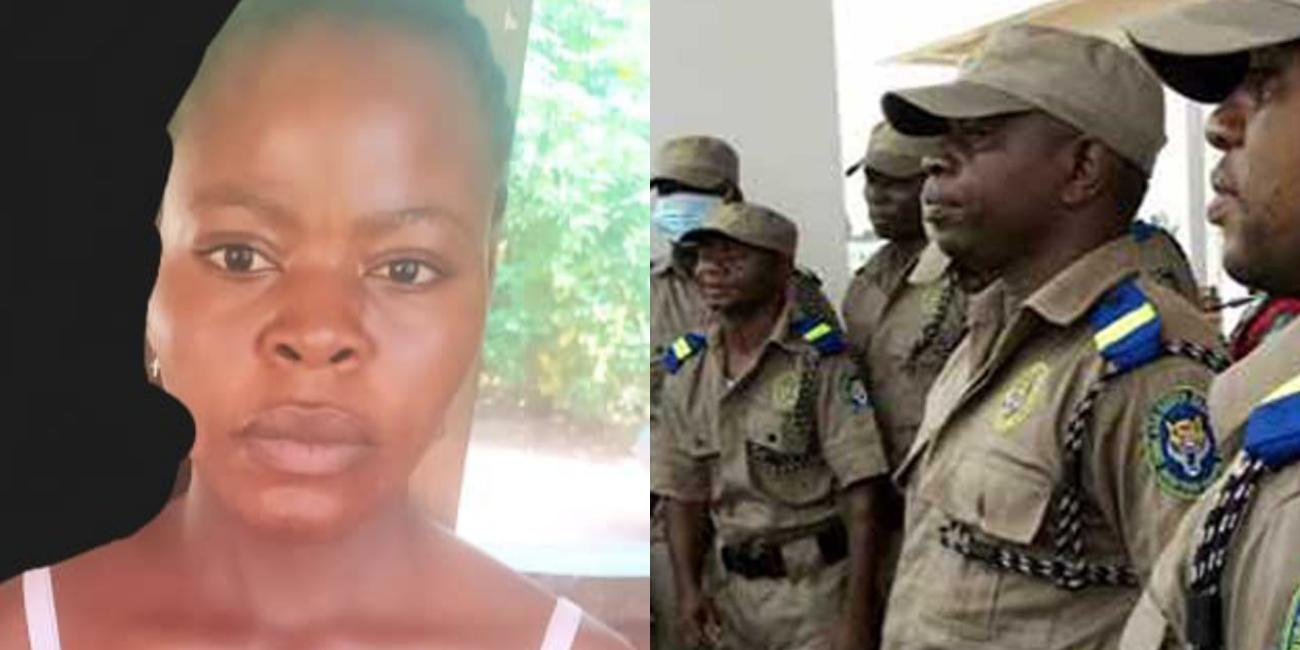 A Nigerian woman identified as Mrs Onyenyichi Abuguja has cried out for help.

She raised the alarm over the disappearance of her husband, Chinedu since November 2, 2022.

Chinedu was reportedly abducted at the Ogrute/Umuida Junction, by Ebubeagu security outfit.

Ebubeagu is a security outfit launched on April 11, 2021 by the five governors of the Southeast region to fight terrorism in the zone.

Chinedu, the only son of her mother was arrested by 'Ebubeagu' security operatives around 8pm while he was returning home with his pregnant wife, Onyenyichi from the hospital. His whereabouts have been unknown to his family members since then.

Speaking to SaharaReporters on Thursday, heavily pregnant Onyenyichi, who is expecting twin babies, said she followed the Ebubeagu operatives on a commercial motorbike to their office in Ogrute, the headquarters of Igbo-Eze North local government area of Enugu State but was asked to go back by the operatives.

She said the operatives advised her to go home and get some food for her husband the following morning but never told her the offence he committed.

According to her, when she went back to the Ebubeagu's office the following morning, they asked her to look for him at the police station.

Regrettably, when "I went to the police station at Ogrute, they told me that nobody was brought to the station either in the night or that morning."

Continuing, Onyenyichi said that her family got information recently that he was being detained by the police at the Octopus Squad, Abakpa Junction, Enugu. However, when she got to Octopus Squad with her family members, they drove "us back, saying nobody like that is with them.

"The police should please release my husband or at least tell us what he did that should warrant his detention, rendering him incommunicado for over 20 days. Ebubeagu should also tell us what my husband has done that warranted his abduction," she lamented.

Speaking on the disappearance of Chinedu, the International Society for Civil Liberties and Rule of Law (Intersociety), condemned the enforced disappearance of Igbo youths being executed by Nigerian security agencies.

The board chairman of Intersociety, Comrade Emeka Umeagbalasi, said it is wrong to carry out sustained enforced disappearance of youths of a particular tribe no matter the circumstance.

He said, "If you arrest anyone for whatever offence, his or her family should be notified. You also charge the person to court within a stipulated time frame. It is the law that will determine the offence the person committed and pass judgment on him."

When SaharaReporters reached out to the police spokesman in the state, DSP Daniel Ndukwe, he declined to comment.