The visibly shaken pastor complied with the robbers while the church camera captured the incident. 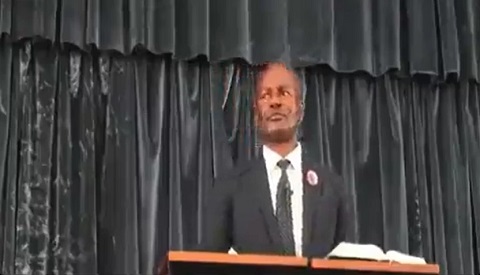 A congregation has been robbed while the pastor was preaching.
The incident happened at a Seventh Day Adventist church in Johannesburg, South Africa
The incident took place at the church located two streets from Noord Taxi Rank on Saturday afternoon, November 26, 2022.
According to Harare Live, the six gunmen disguised themselves as visitors and, as the service began, they drew their weapons and ordered the pastor and the entire congregation to sit down.
The visibly shaken pastor complied with the robbers while the church camera captured the incident.
The robbers were said to have carted away phones, wallets, and tithe money.