An investigation has not yet unraveled why the man decided to take his own life by jumping off from such a height. 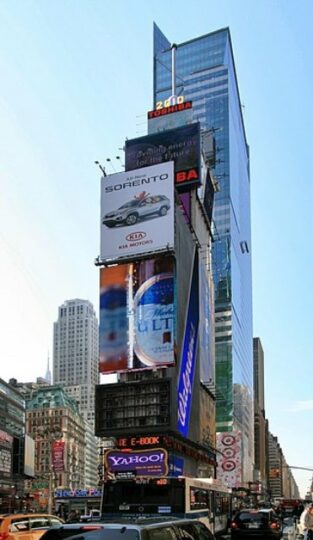 In what will come across as a really shocking development, an unidentified man has killed himself in the USA.

The man jumped to his death from the top of the Times Square building in New York City, United States.

Investigation has not yet unraveled why the man decided to take his own life by jumping off from such a height.

Residents in the area were astonished as they saw a man plummeted from the top of the building and landed on the ground dead.

He was pronounced dead at the scene following the 6:50 a.m. incident on 43rd Street near 8th Avenue, the FDNY said.

The New York Post quoted a stunned woman as saying “Someone jumped? Jesus Christ!,” when she answered the phone at the office location four hours after the incident.

The woman said only that the property was “a residence.”

The transformation of the building into the largest permanent supportive housing residence in the nation contributed to the revitalization of the Times Square neighborhood as a whole, and demonstrated a new approach to ending long-term urban homelessness.