Mr Samuel Aruwan, Kaduna State Commissioner for Internal Security and Home Affairs, confirmed this in a statement on Friday. 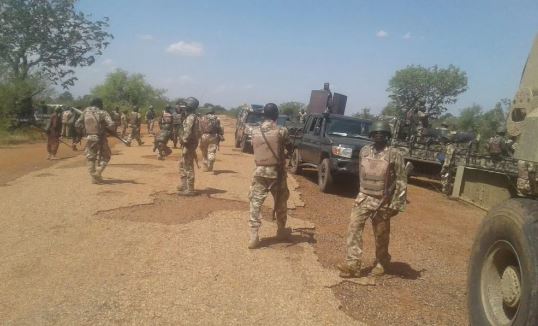 Troops of the Nigeria Army have dealt a very heavy blow to bandits.

He said the feedback to the Kaduna State Government indicated that troops set up ambush positions at bandits’ crossing points in the Buruku/Birnin Gwari areas, adding that the troops made contact with bandits, and neutralized eight while recovering four motorcycles and three mobile phones in the first successful mission.

According to him, the troops then engaged bandits in a second mission and recovered two motorcycles.

“In a similar operation, troops neutralized two bandits during clearance patrols along the Sabon Birni-Maidaro-Dogon Dawa-Galadimawa-Kidandan-Fatika axes,” he said.

“Governor Nasir el-Rufai noted the reports with gratitude, and commended the troops’ stealth, bravery and resilience in the successful operations,” he further said.