They maintained that ESN did not issue any order to stop burials but requested that the people bury their dead ones on time, instead of leaving corpses in the mortuary. 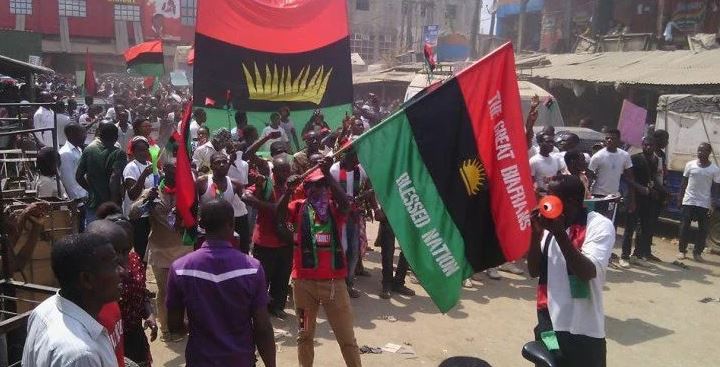 The Indigenous People of Biafra, IPOB has dismissed reports that it issued an order to ban funeral ceremonies in the country's southeastern region.

Shortly after the Yuletide celebrations, a circular stating the ban on burial ceremonies on certain days, was passed across some communities in Ihiala Local Government Area of Anambra State and some parts of Imo State.

The circular reads in part;

“ESN has directed all the villages in Ihiala LGA of Anambra State, which includes Amorka, Uli, Okija, Mbosi, Ubuluisiuzor, Isseke, Ihiala town, that there will be no burial ceremonies till after January 15, 2023. Any family who disobeys the directive, the eldest family member would be beheaded.”

Residents of the community have since then been living in fear.

However, in a statement released, the Media and Publicity Secretary of IPOB, Emma Powerful, he maintained that ESN did not issue any order to stop burials in any community, but that the pro-Biafran group only requested that the people should be burying their dead ones on time, instead of leaving corpses in the mortuary.

“We wish to state unequivocally to all and sundry that ESN has not issued any order to stop burials in any community but IPOB has requested that the dead ones be buried on time.

IPOB has been saying this severally in most of our press releases, indicating clearly that we have no camp in these areas. Biafra enemies created and sponsored criminals camping in those areas while linking ESN to the atrocities of their criminality.

Anybody linking IPOB and ESN operatives to the criminalities going on in these areas is only doing the job of a blackmailer and an agent provocateur.

We have always asked the Nigeria Army and its sister security agents to stop linking IPOB with criminal activities in the South-East. Biafra will come, and they will regret fighting this innocent movement.

The international community has a full understanding of Biafra’s self-determination movement and will never be deceived by the false propaganda against IPOB being put out there.

The sponsored criminals spewing out useless orders that no burial should be conducted until January 15, 2023, in some communities around Anambra and Imo State are not IPOB or ESN members.

They are criminals and cultists recruited by some government officials. ESN members or IPOB members cannot give such inhumane orders. IPOB has surpassed issuing such an ignoramus order. They just want to tarnish IPOB’s reputation and image.

Nobody should be allowed to continue using ESN and IPOB’s name to commit any crime against our people. IPOB and ESN are here to protect our people and not to punish or harm them. We are warning those committing crimes using IPOB and ESN’s names to stop or be ready to face severe consequences this year.

Our leader, Mazi Nnamdi KANU, has said severally that he wants peace in every state in Biafra Land. Our land was peaceful before and must continue to be peaceful again until Biafra comes. ESN and IPOB-DOS did not give any stupid order that nobody should bury their loved ones until January 15, 2023, instead, IPOB is encouraging our people to bury the dead timely.”