The former Vice President also met with the Archbishop of Canterbury, Justin Welby, on Wednesday before returning to the country on Thursday, January 12. 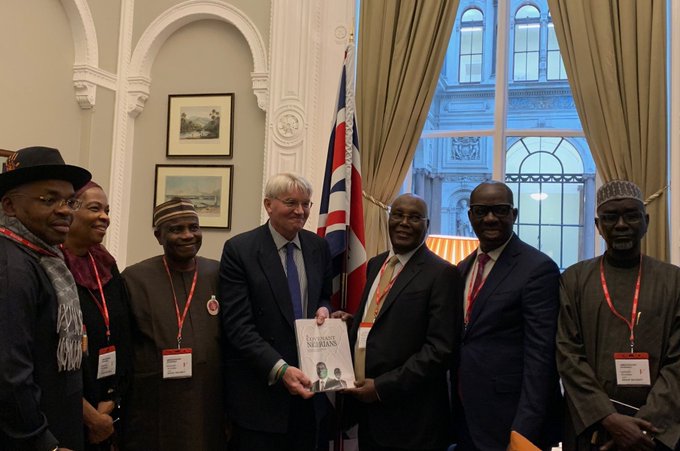 Former Minister of Aviation, Femi Fani-Kayode has ridiculed Atiku Abubakar, the presidential candidate of the Peoples Democratic Party (PDP).
This comes after Atiku met with British government officials.
The PDP flagbearer met with the Minister for Development and Africa in the Foreign, Commonwealth and Development Office (FCDO), Andrew Mitchell and Secretary of State for Foreign, Commonwealth and Development Office, James Cleverly.
The former Vice President also met with the Archbishop of Canterbury, Justin Welby, on Wednesday before returning to the country on Thursday, January 12.
Atiku stated that the meeting was an opportunity for him to share his vision for Nigeria with the British government officials ahead of the forthcoming presidential election.
The former Vice President added that he solicited their partnership and was encouraged by the UK government’s strong interest in helping Nigeria.
Reacting in a tweet via his verified Twitter handle on Thursday, Fani-Kayode asked Atiku to tell Nigerians about his alleged failing health status and respond to corruption allegations levelled against him by his former media aide.
The former minister said: “Instead of taking your fellow apes to see Tarzan in London tell us about your failing health status & respond to the allegations of ur former aide who claims that you are a thief & scammer, that you indulged in “SPV stealth corruption” & that you are the master of “yahoo yahoo”.” 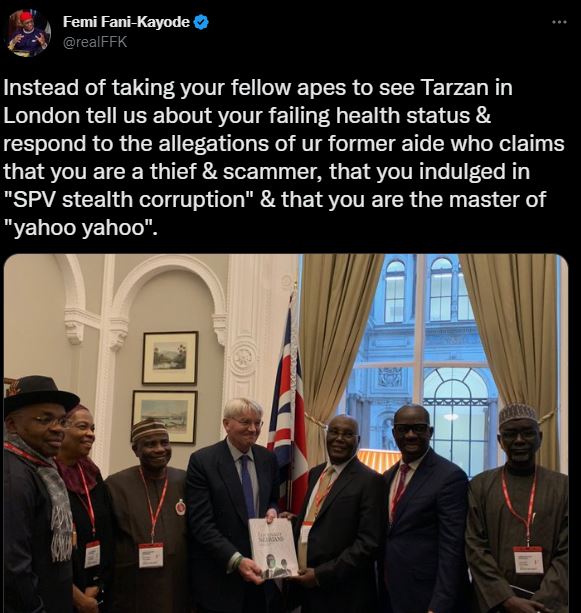