Samuel’s elder brother and two other relatives, who went to deliver the ransom to the kidnappers at Epe, a border town with Kwara and Kogi, on Monday, were detained. 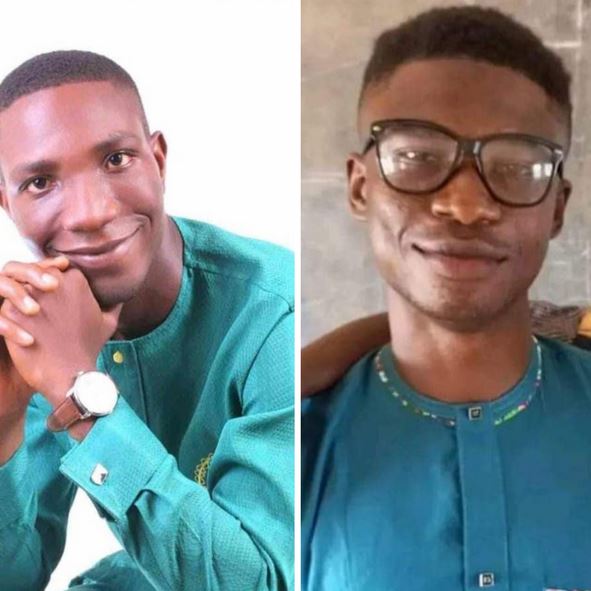 Kidnappers have detained three family members of abducted Osun farmers, who went to deliver the ransom for their release.

The victims, Samuel Oladotun and Tobiloba Fashola, were abducted while returning from the farm at the Oke-Osun area in Ileogbo, headquarters of Ayedire local government on Wednesday evening, January 11, 2023.

The abductors initially demanded N10 million ransom before they agreed to N6 million after negotiation.

A family source, who spoke to The Nation, said Samuel’s elder brother, Sunday, and two other relatives, who went to deliver the ransom to the kidnappers at Epe, a border town with Kwara and Kogi, on Monday, were detained.

He added that their abductors are now demanding another N24 million before they will release the victims.

The spokesperson of Royal Ambassador, the organisation the victims belonged to in the Baptist Church, Olanihun Zechariah, also confirmed the development.

“It saddens our heart to inform you that those that took the ransom money to the kidnappers that kidnapped our brothers Ambassador Samuel Oladotun and Fashola Tobiloba have also been detained after paying the ransom without the release of the two brothers. We now have five(5) people in the den of kidnappers. The kidnappers are now requesting for additional 24 million for their release. We are deeply sorrowful for this turn of events. I want to use this opportunity to call on every member to please raise their voice to God now in intercession," the statement read. 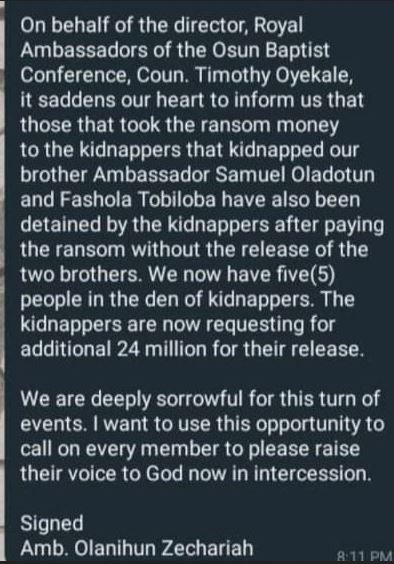 Meanwhile, Governor Ademola Adeleke, in a statement by his spokesman, Olawale Rasheed, directed security agencies to track and rescue the victims.

The Governor also directed the Commissioner of Police and other security agencies to take up the matter and ensure the victims return home safe.

He assured their relatives that everything possible will be done to rescue their loved ones.