Shock As Woman Murders Her Own Daughters, Says They Interfered With Her S*x Life


In what will come across as a really shocking development, a woman has killed her own daughters, claiming they interfered with her s*x life. 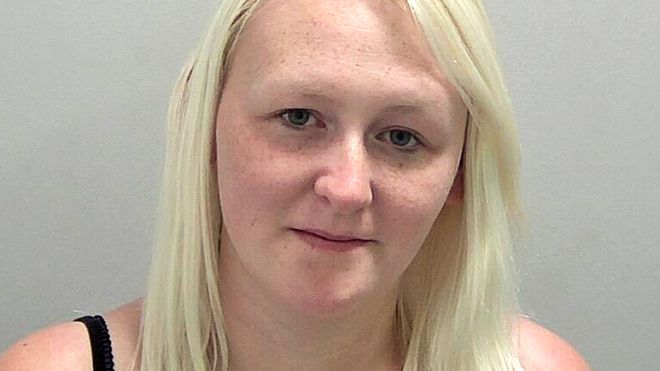 Louise Porton
A mother who killed her two daughters because they "got in the way of her s*x life" has been jailed for life.

But the 23-year-old, of Skiddaw, Rugby, was found guilty of their murder and on Friday she was jailed for a minimum of 32 years.

During her trial, jurors heard Porton did not seem distressed by the deaths.

"These were blameless young children who were plainly vulnerable and ought to have been able to rely on their mother to protect and nurture them," she said.

"Instead you took their young lives away."
The judge told the court Porton had "no medical history or mental disorder that goes any way to explaining what happened in this case".

She added: "One way or another you squeezed the life out of each of your daughters, only calling the emergency services when you knew they were dead.

"I am sure at the time of the deaths, you intended to kill each of your daughters.

"Why you did so, only you will know."
Porton, of Beechwood Court, suffocated Lexi in the early hours of 15 January 2018, and was then heard "laughing" at a funeral parlour two days before killing Scarlett on 1 February.

Jurors heard Porton accepted 41 friend requests on a dating app just a day after Lexi died, and was described by prosecutors as being "calm and emotionless" following Scarlett's death. 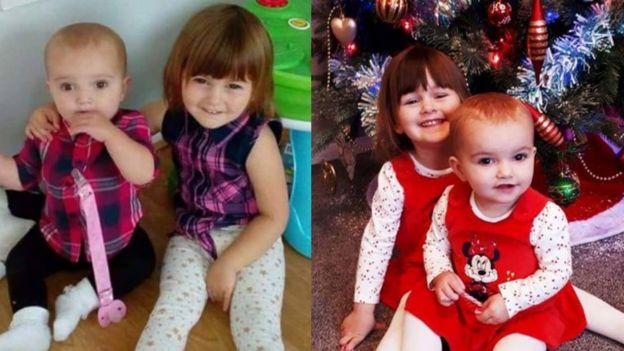 Lexi Draper and Scarlett Vaughan died within days of each other
While Lexi was ill in hospital, just over a week before she died, Porton took topless photos in the toilets and was arranging to perform sex acts for money with a man she had met through a website, the court was told.
Both Lexi and Scarlett's deaths were consistent with deliberate airway obstruction, and prosecutors told her trial that doctors "could not find any natural reason" for their deaths.

Warwickshire Police said it was also "clear from the evidence" that Porton had tried to kill her three-year-old twice before, in early January 2018, before eventually succeeding.

Porton, who described herself as a "model", also used her Google account to search for "Why did my 3 year(-old) stop breathing" and "How long after drowning can someone be resuscitated?"
In a victim impact statement, the children's father, Chris Draper, said he was "broken".

"Why did Louise do something so evil to our beautiful daughters? You are their mother, the person supposed to care for them, protect and love them.

"They were just an inconvenience to you; how could you do this?"

"I sit and think day and night and I can't understand why my two little girls were taken away because Louise wanted to sleep around."

He added: "I hate Louise. No punishment will ever be enough as I will never get my daughters back."

The first day of the trial was told that from August 2016 until early November 2017, Porton lived at an address in Willenhall, near Walsall, where her landlady spent "more and more time" caring for Lexi and Scarlett while their mother was "doing social things" instead of looking after them.

Det Supt Pete Hill, from Warwickshire Police, added: "These were premeditated murders for which she has shown no remorse, and the length of the sentence reflects this."

Warwickshire County Council and the Warwickshire Safeguarding Board confirmed a serious case review had been commissioned following the deaths of Lexi and Scarlett.
***
Source: BBC
Top Stories