US vs Iran Crisis: 30 Persons Killed During Stampede At Soleimani's Funeral


At least 30 persons have died and many others serious injured during stampede at Qassem Soleimani's funeral. 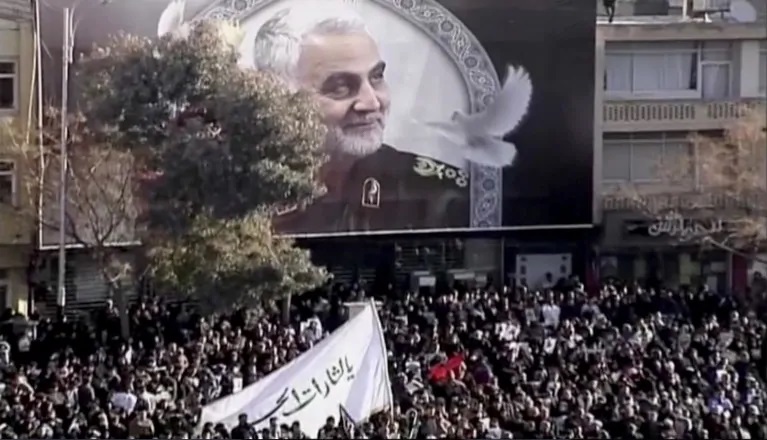 Thousands of mourners at Qassem Soleimani's funeral.
A stampede at the funeral for a top Iranian general, Qassem Soleimani has killed more than 30 people and injured dozens, according to a report by AFP.
It was gathered that the tragic incident took place on Tuesday in the southeastern city of Kerman, state television reported.
“Unfortunately, due to extraordinary overcrowding, more than 30 people have lost their lives and dozens of others have been injured,” the report said.
Recall that the United States had claimed responsibility for killing the Iranian general who was the former leader of Iran’s Quds Force.
Top Stories