A man has married his own mother-in-law after divorcing his wife of eight years and getting a 500-year-old law overturned. 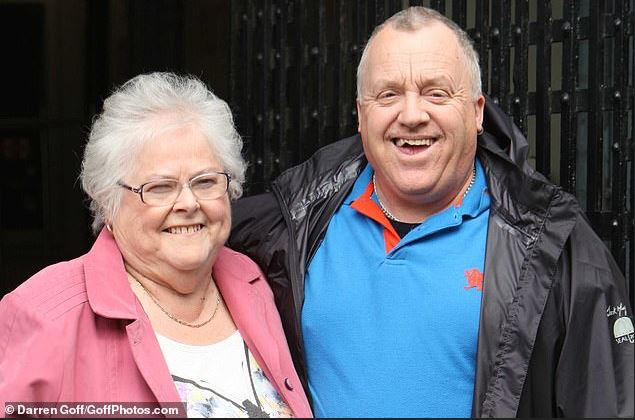 Clive Bunden and his mother-in-law

Clive Bunden and his wife Brenda, from Warrington, Cheshire, have now been together for more than three decades, despite the fact that he was married to her daughter Irene in 1977

The Mirror UK reports that they have been together for more than three decades, married 13 years and are still blissfully happy, despite the unconventional start to their relationship.

For Clive Blunden’s wife Brenda used to be his mother-in-law. 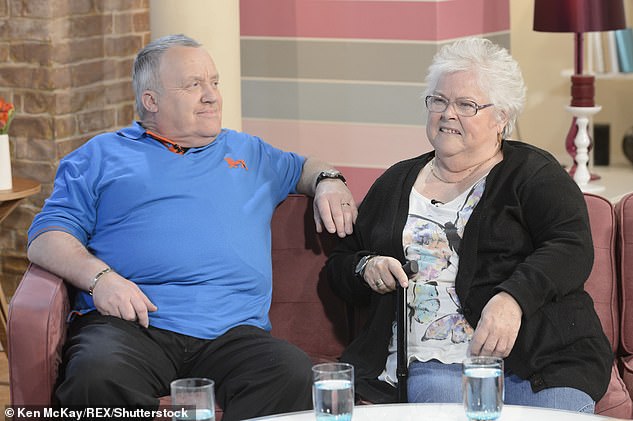 He was even arrested after he asked her to marry him but, undeterred, they made history when the law was changed in 2007 and they tied the knot.

It is fair to say their unusual coupling raised a few eyebrows. But 10 years on, they have no regrets.

“People thought we wouldn’t last but we are stronger than ever,” said Clive, 65.

Brenda, 77, added: “Clive is a gentleman and he looks after me. I can get a bit argumentative but he quietens me down.”

Brenda wasn’t such a fan of Clive when he got together with her daughter Irene.

In fact, she disliked him the moment she saw him.

Clive and Irene married in 1977 and had daughters Sarah and Tanya before divorcing in 1985.

“We fell in love,” said Brenda. “One night, he took me for a drink and we ended up kissing.”

In 1997, they decided to marry. But a few days after they put their banns up at the register office in their hometown of Warrington, Cheshire, Clive was arrested.

He was told there was a “lawful impediment” to marrying his mother-in-law and warned he could be jailed for up to seven years if they went ahead with it.

Because Brenda’s first husband, Richard, had passed away and Irene remarried, they wrongly assumed they would be free to wed.

Instead, they had to settle for Brenda changing her surname to Clive’s by deed poll.

But this wasn’t good enough for the smitten groom-to-be, who began campaigning for the 500-year-old law to be altered.

“I thought we should be married because we had been through everything together,” he explained.

“We were being stopped unfairly. I didn’t think it was right, so I wanted to change it.”

It was 10 years before a European court ruled a ban on in-laws marrying was a violation of human rights.

“I remember when we heard the news on the TV, in September 2005,” said Clive.

“I went down on one knee straight away and proposed to Brenda. I had tears in my eyes.”

The majority of their families, including Irene, did not wish to attend. Only one distant relative sent them a congratulations card.

Clive, who serenaded Brenda with a rendition of Westlife’s You Raise Me Up, said: “It was a very emotional day.

“It had been a struggle to get to that point but it was a wonderful day and we will always remember it.”

Brenda said: “Our families didn’t come because they didn’t agree with it. But all we cared about was being with each other.”

The newlyweds headed off for a month-long honeymoon in Spain but after hitting headlines, they were instantly recognised.

Brenda said: “We went to Benidorm thinking we’d get away from it all.

“We got to the apartments and, God help me, they all knew who we were.

“The barman said, ‘Oooh, we’ve got celebs’. But everyone was really nice about it, we had a fantastic honeymoon.”

And thankfully, married life was everything they had hoped for.

Clive said: “Marriage to Brenda has definitely changed me. I felt different straight away.

“I was more relaxed. Until we got married I felt something was missing.

“We’ve been through a lot so to come out of it the other end is an achievement.

“What made it perfect for me is we can be on our own all day and still get along. We would do it all again.”

Brenda said: “Clive is caring and lovable and he looks after me very well.

“We do argue and I think I have always been a challenge to Clive. But it is about give and take and trust.

“He does have some bad habits. His nail-biting drives me mad. I still joke about how much I disliked him when he was going out with my daughter and became my son-in-law.

“We don’t go out of our way to tell strangers how we met and when we do they don’t believe us.

“A lot of people thought it wouldn’t last but we can’t live without each other.”

On holiday to Benidorm earlier this year, Brenda had a health scare.

“Oxygen wasn’t getting to my heart and they had to put a pacemaker in,” she said.

“Thankfully, I’m doing smashing now. Clive’s my carer – he does everything for me. We’re still so happy.”