A man who suspected his wife of cheating has killed their two children leaving many people in shock. 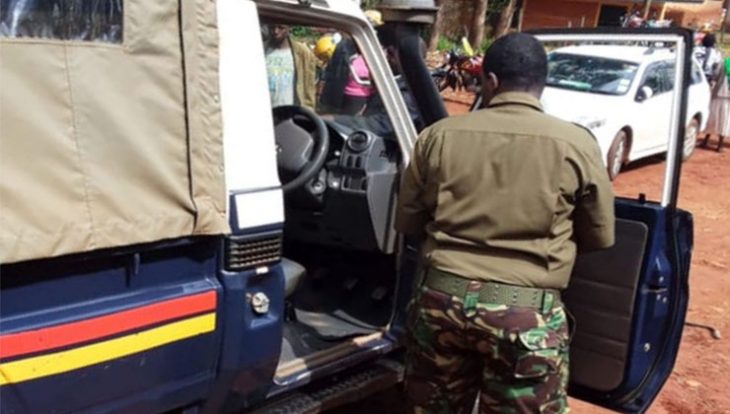 file photo
A man has killed his two children, attacked his wife and left his 7-year-old daughter in critical condition after suspecting that his wife has been cheating on him.
The incident happened in Kenya last week Wednesday.
The woman and the surviving daughter are now receiving treatment at the Iten County Referral Hospital.
The incident happened at the deceased’s Kapterik Village home in Keiyo North, Elgeyo-Marakwet County, Kenya.
The woman’s husband, who suspected his partner was unfaithful, hit the mother-and-daughter’s heads with a huge stone, causing them serious injuries.
The man, identified as Samuel Barasa, also attacked his two other children, a 2-year-old daughter and a 5-year-old son, who succumbed to their injuries.
The suspect, thereafter, committed suicide by hanging.
On Thursday 11am, youth, who had reported for Kazi Mtaani duties, found his body hanging from a rope tied to a tree near his homestead.
The youth, who positively identified the deceased, thereafter rushed to his home, where they found Barasa’s wife, Joyce Jerotich, and their three children lying in pools of blood.
Two of Baraza’s children were pronounced dead on arrival at the Iten County Referral Hospital, whereas his eldest child and wife, who were still alive, were admitted to critical care ward.
Keiyo North Deputy County Commissioner Julius Maiyo confirmed the incident to K24 Digital.
Bodies of the three family members were taken to Iten County Referral Hospital morgue.
Top Stories