The love-struck man got on one knee and proposed to his heartthrob of five years inside the aircraft. 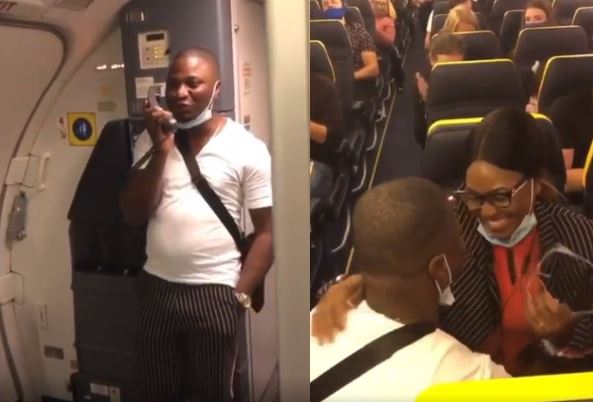 A Nigerian man has proposed to his girlfriend onboard an international flight.

The Nigerian man who was given a chance to speak by the air hostess, revealed that they have been dating for 5 years.

After his short speech in which he expressed how much he loves her, he went down on one knee and proposed to his girlfriend, Kemi, who gave him a "yes".

The Nigerian man who got a “yes” after going down on one knee to propose to his girlfriend, revealed that they have been together for 5 years