An actress has revealed what could have made Ozo act the way he acted around Nengi in the BBNaija house. 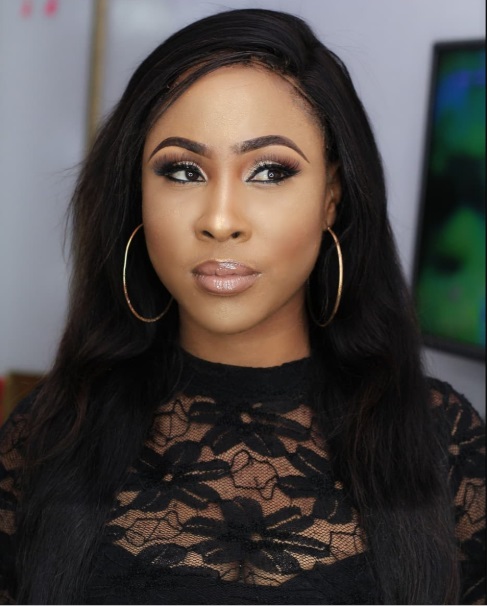 Actress Charity Nnaji
Popular Nollywood actress identified as Nnaji Charity has made a shocking revelation saying that most of the females that go for BBNaija reality show are usually fortified with Kayamata.
Charity made the claim on her Instagram story.
She said most of these ladies use Kayamata before going for the show. Citing Nengi as an example because of how Ozo was glued to her and did not want to leave her.
In her words “Most of all this girls that goes into the Bbn house are usually fortified with kayamata before going into the house. OZO SORRY MY BROTHER, next time be very carefully”.
Charity also expressed her pity to Ozo who she claims fell victim of the kayamata.
Kayamata is a juju which originates from the Northern part of Nigeria. It refers to herbs or potions that act as sex or love enhancers for couples. The juju is also used by many women to control their victims. 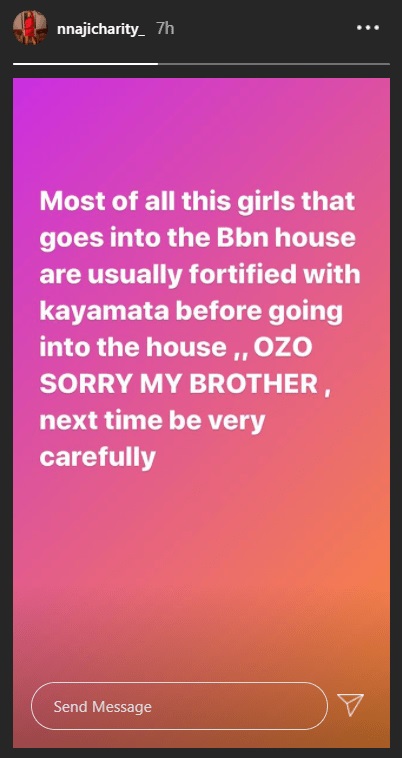