Nigeria May Be Heading For Disintegration – Former Head of State, Abdulsalami Abubakar


He said the country stood at the risk of disintegration if the violence currently spreading in the system was allowed to fester. 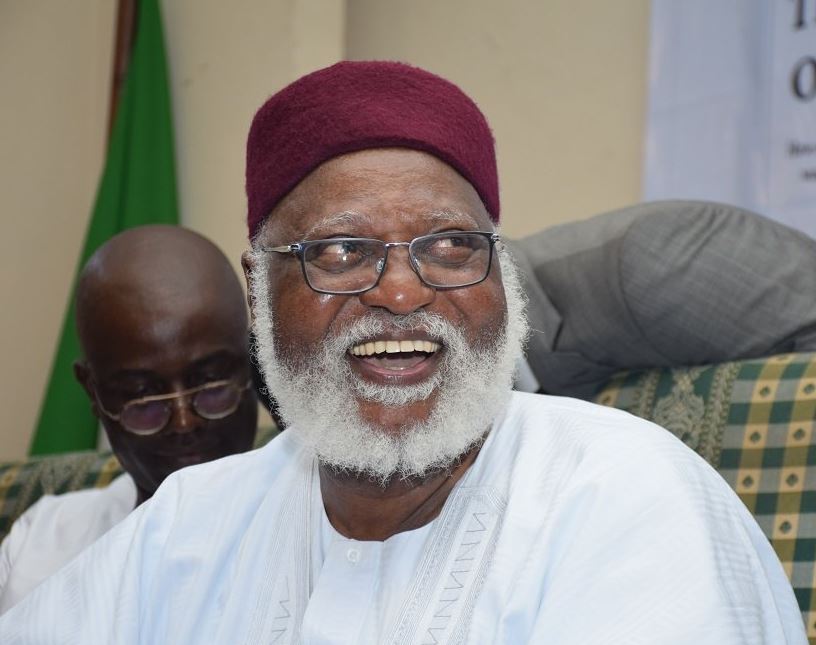 Abdulsalami Abubakar, a former Nigerian president has spoken against the insecurity in the country.

Abubakar who asked Nigerians to remain calm while addressing journalists at his uphill residence in Minna, Niger State, said the country stood at the risk of disintegration if the violence currently spreading in the system was allowed to fester.

The former head of state also appealed to governors of the 36 states of the federation “to take full responsibility in managing the divergent voices and frustrations within their states which he said could fuel disunity, anarchy and disintegration”.

“As if the continued insurgency in the country, the kidnap and armed robbery are not cup full, the recent happenings in some parts of the country, of ethnic attacks, is unfortunate and is adding to the problems.

“In the last two weeks or so, tension has been growing in the country and embers of disunity, anarchy and disintegration are spreading fast and if care is not taken, this might lead us to a point of no return.

“We at the National Peace Committee, wish to add our voice to the voices of millions of Nigerians calling for calm in these difficult times because these times demand that we all join hands to resolve our challenges so as to keep our country united. We do not have the luxury of trading blames.

“Thousands of our people are homeless and have refugees across the length and breadth of their own country.

“We know the difficulties that our farmers have faced in the last few years and that the harvests will be a serious challenge this year.

‘’Therefore, let us all rally in these hard times, make the required sacrifices and remain vigilant, standing by one another.’

“It is true that we are all in a state of fear and collective anxiety. However, the last thing we need is for the enemy to sense a lack of unity on our part or a break in our ranks.”