Melaye said the presence of the alleged bishops at Shettima’s unveiling had exposed APC’s desperation. 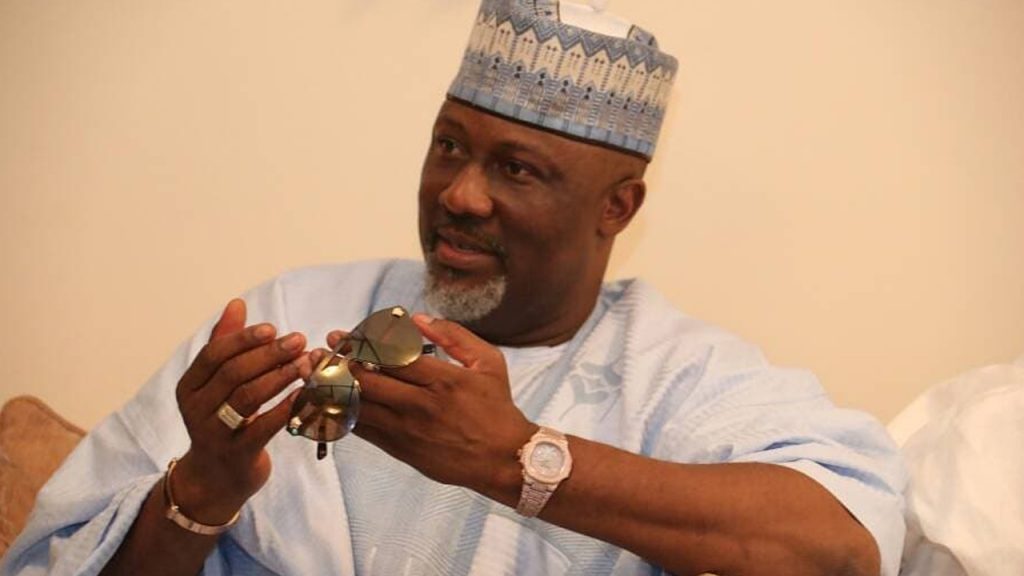 Former Kogi West Senator, Dino Melaye has mocked the All Progressives Congress after the party was accused of hiring fake Bishops during the unveiling of Kashim Shettima, the presidential running mate of Bola Tinubu of the All Progressives Congress, APC,
Melaye alleged that the APC is desperate for power which pushed them to engage in such an act.
Recall that during the ceremony at the Shehu Musa Yar’Adua Centre in Abuja on Wednesday, some persons robed in apparel peculiar to that of Christian clerics, attended the event to show support for the APC vice-presidential candidate.
The Christian Association of Nigeria (CAN), had criticised the APC, saying “artisans” were hired to act like clerics.
Reacting to the development, Melaye said Reverend Fathers don’t wear cassocks outside mass service.
In a tweet, Melaye wrote: “Reverend fathers do not wear cassocks outside mass service. Desperation raised to power 1000.”
Top Stories