NANS wants Portable investigated over a claim that he was the founder of the deadly cult group, the One Million Boys. 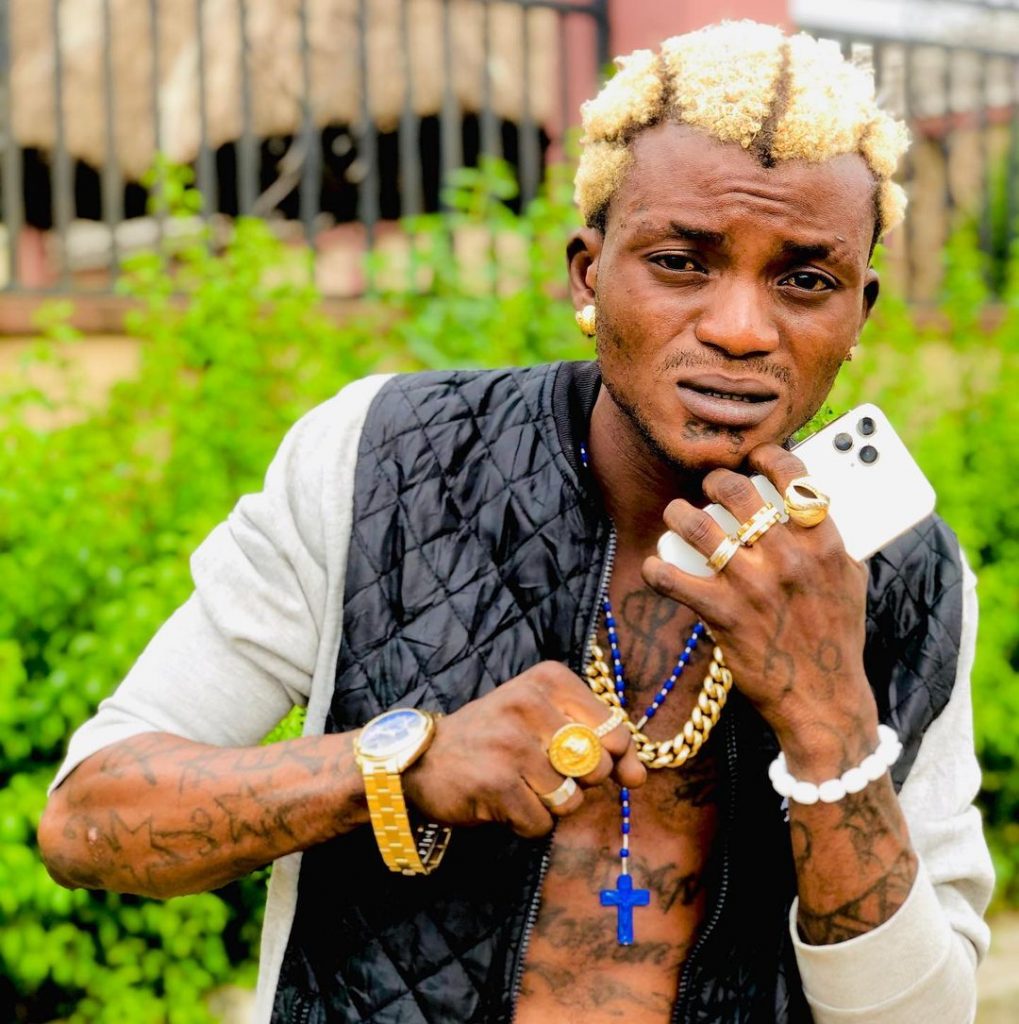 The Nigerian Police has been told to immediately investigate singer, Habeeb Okikiola aka Portable.
The National Association of Nigerian Students (NANS) made the call over a claim that he was the founder of the deadly cult group, the One Million Boys.
Though the Inspector General of Police, Usman Alkali Baba, has directed the Lagos State police command to take over the matter, NANS expressed worry that the singer is yet to be invited for questioning.
In a statement on Monday, the Ogun State Chairman of NANS, Damilola Simeon, described as reckless, the speech by Portable that he co-founded the One Million Boys and the Aja Boys gangs known for threatening the security and peace of the society.
“Our summary of the video, after observing many of the reckless videos of the popular singer, has raised our suspicions that he could be responsible for the creation of these said groups.
“Our point is based on two premises: Portable, in all his videos, no matter how reckless he sounds, has always been found saying the truth. Also, there is an old video in which he was stripped n$ked for alleged theft some years back,” Simeon said.
The students’ leader described as an unwise security decision to dismiss the utterances of the singer, recalling the notorious activities of the gangs during the COVID-19 lockdown in 2020, when they advanced to neighbouring States of Ogun and Lagos, almost making those States ungovernable.
“We are by this statement calling on the Nigeria Police Force to not give this outburst a mere observation. Portable and every other individuals mentioned in the viral video must be called for proper investigation to a logical conclusion.
“At a time Nigeria is battling insecurity at all fronts, it would be damaging to undertone any security threats whether from an individual or group of people.
“The behaviour of Portable in the past that called for his summon by Ogun State headquarters of the police needs to be revisited. Individuals like this cannot be left to constitute security threat without punishment accordingly. And we strongly send an alert to the Nigerian Police Force to pursue the matter judiciously.
“The public must be well informed of the progress of the investigation. It is not enough to issue a statement on social media page and become silent few days after without feedback to the Nigerian people,” the statement read in part.
Top Stories