The brothers were said to be on the same motorcycle when they had a fatal collision with a tipper lorry on the Owa-Okei Road, Owa which led to their death on May 24, 2022. 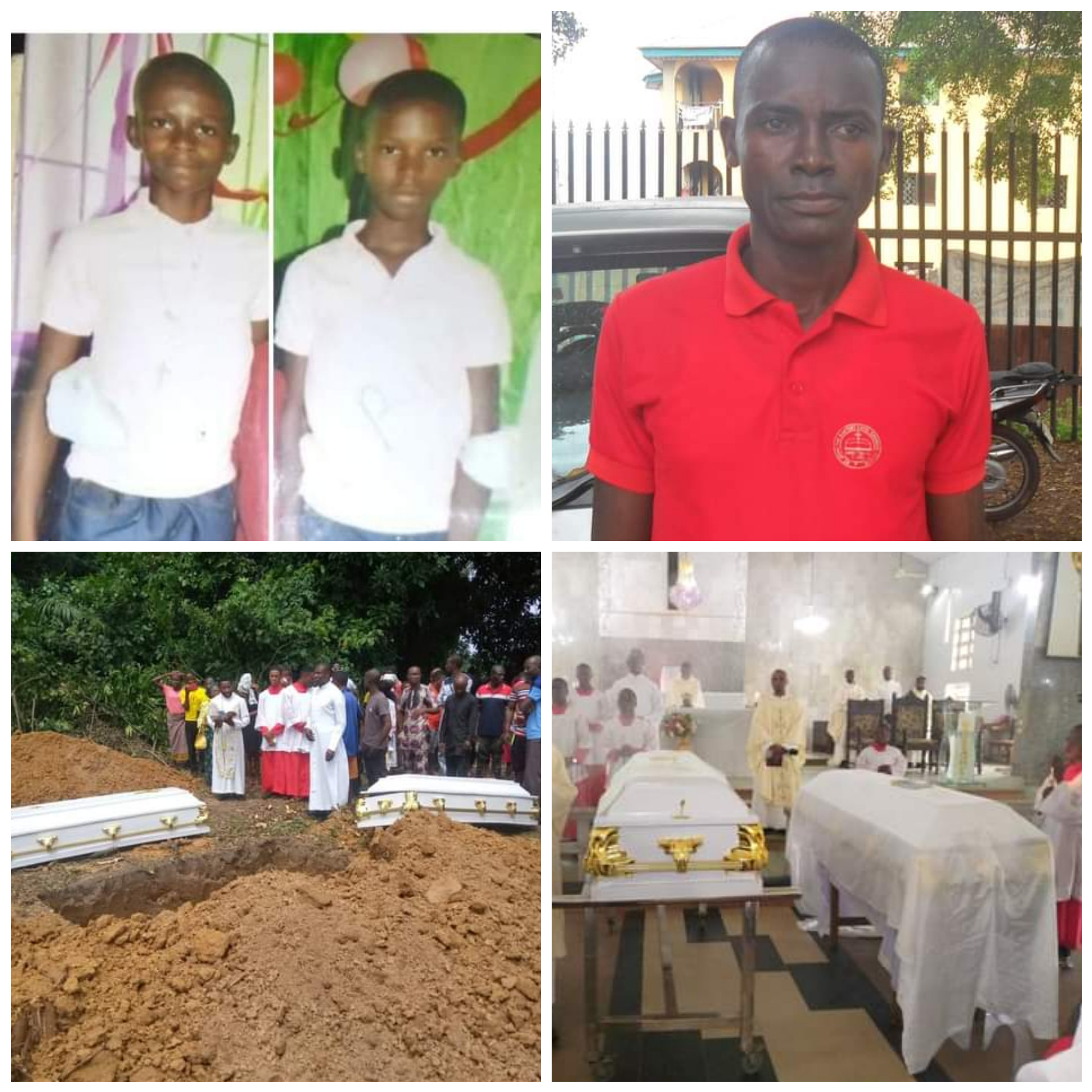 A father has lamented after his two sons were killed by a tipper in Delta state.
According to the Nigerian man identified as Wesley Anthony Ogheneruona Ojih, from Ebor- Orogun, Ughelli North Local Government Area of Delta State, his two sons died in a motor accident same day.
The teenagers, Favour Ogheneruona, 16, and Precious Ogheneruona,14, were laid to rest in their hometown after a funeral service at St. John the Baptist Catholic Church, Agbor on Thursday, July 21, 2022.
The brothers were said to be on the same motorcycle when they had a fatal collision with a tipper lorry on the Owa-Okei Road, Owa which led to their death on May 24, 2022.
In an interview published by Ika Weekly Newspaper on Tuesday, August 2, Ogheneruona Ojih revealed that his first son was looking forward to studying Engineering, while the second hoped to become a medical doctor before the age of 22.
"I had a total of five sons until I lost my first two sons, Precious and Favour Ogheneruona, to death; who had concluded their May/June WAEC examination and just started the NECO examination," he said.
"They have only written Marketing and Physics Practical before the ugly incident that occurred on the 24th, of May 2022.
"On that fateful day, they had no examination to write, so they decided to join their mother, my wife, and me on the farm at Otolokpo and by 1 pm, to go back to Agbor for their NECO thumbprinting. It was on their way back, between Owa Ekei and Owa Alero, that a big truck (tipper) crushed them to death.
"Their death was a huge loss to us, as my first son was already anticipating studying Engineering, while the second one to become a medical doctor, before the age of twenty-two.
"We loved our children so much; they were very obedient and are committed to our well-being of the family, even at their young age. They were working for us because they were envisaging that as they are working for us, we the parents will in turn would use those resources to send them to the University."
He further added, “The Bible said we should give God thanks in every situation of life, actually, it is better they died that way than becoming a nuisance to society and source of burden to us because the impact of the accident on them was tremendous.”
"To the glory of God, despite the fact my late sons died at a young age, they were able to write their names in the sands of time."
The late brothers were students of Igumbor Otiku Secondary School, and according to their father would be greatly missed by the school community as well as St John the Baptist Catholic Church, Agbor, their former parish; Holy Rosary Catholic Church, Abavo and St Dominic Catholic Church, Otolokpo will really miss them.
Speaking further, he advised everyone to live in a way that pleases God and humanity, adding that there is no need for people to live their lives as if they are the owner, saying that one day, all will give account to God.
"At least when we die people should be able to say one or two good things about us. And parents should know that the devil is after the youths, as such they should raise up their children in the fear of God and not go into fetish activities so that the destiny of the children would not be damaged," he concluded.
Top Stories