The boys were heard shouting repeatedly after spotting her on an okada. 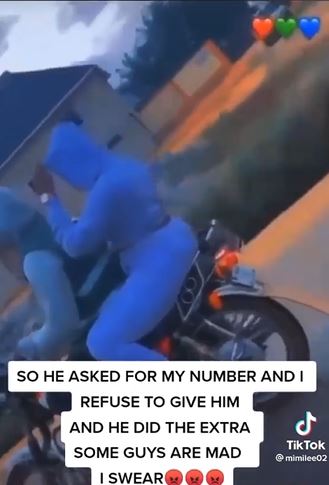 A lady has taken to social media to share a video of her being harassed and broke-shamed by some boys who were in a Benz, for boarding an Okada (commercial motorcycle) after refusing to give them her phone number.

The boys were heard shouting "how e be now" repeatedly after spotting her on an okada.

According to the lady, she got some parts of the video from the boys' Instagram page after it was shared there.