The actress had asked the Police to either demote, suspend or reduce the salaries of officers found guilty of any misconduct. 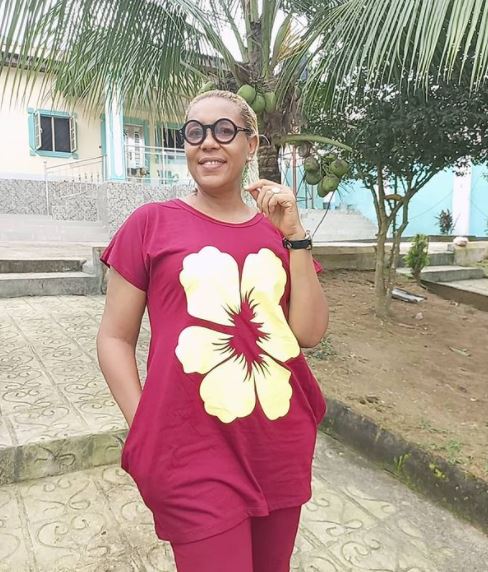 Nollywood actress, Shan George has gotten a reply from the Nigeria Police Force after she urged them to stop dismissing officers found guilty of any misconduct.
The actress had said it will be better if such officers are either demoted, suspended or have their salaries reduced instead of outright dismissal.
George said: “So I woke up this morning and am hearing about another policeman that has been dismissed for misconduct or maybe one offense or another.
“I’m thinking that not a good idea to be dismissing them. You can demote, you can suspend, you can reduce the salary.
“You now have to actually dismiss them and put them back into the society as jobless people.
“A qualified policeman who has been doing a police job for while and now back on the street as Jobless. What do you think about it? That’s not just right please.”
But reacting, the Police Spokesman, Muyiwa Adejobi said the Force is not a social club, cooperative society, or association but a regimented organisation
He said: "Those dismissed policemen are not fit to be in the NPF. NPF is not a social club, or cooperative society, or association, it's a regimented organisation, established and guided by the CFRN and other extant laws.
"It takes someone who has read the law or gone through the Nigeria Police Act 2020 or the Public Service Rules, or the Administration of CJ Act, to criticise the decision of the NPF management team on disciplinary matters, even at times, most of their misdeeds are criminal.
"So those who criticise the NPF, should study the records of Service and history of the dismissed officers, before further reactions. After all, Newton said Actions and reactions are equal and opposite."
Top Stories