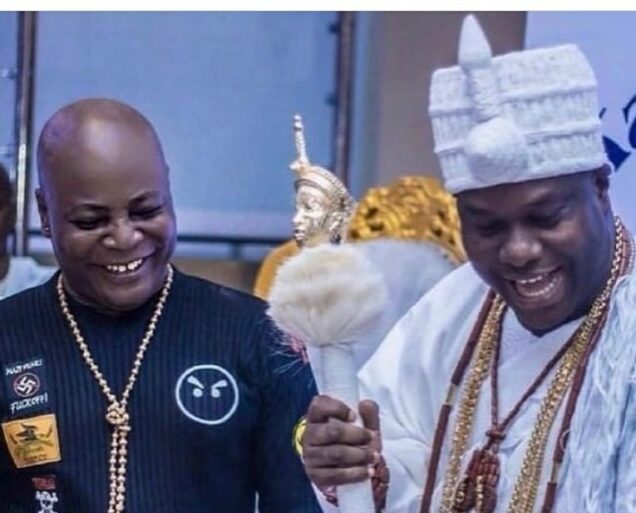 Nigerian singer and songwriter, Charles Chukwuemeka Oputa aka Charly Boy has reacted to reports of the Ooni of Ife, Oba Enitan Ogunwusi's latest marriage bazaar.
Recall that the monarch will be marrying his sixth wife on Monday, October 24, 2022.
Charly Boy said he will meet the monarch to know the secret behind his recent exploits of marrying six wives in two months.
According to Charly Boy, he had been struggling to stay married to one woman for over 45 years, while his fellow man married six women in two months.
He wondered if Ooni ended up marrying six more wives, as it would become a football team, to be called ‘Oni Babes.’
Charly Boy wrote on his Instagram: “I have been struggling to stay married to one woman for over 45yrs. Yet my fellow man, the Ooni of Ife in less than 2 months married 6 wives. No be Juju be dat?🤨
“I must go to this Ooni for tutorials. How is he doing it? What if he ends up marring 6 more, will it become a football team? The Ooni’s Babes?
“Look at me here struggling with one and Ooni is acquiring women like handbag. Dis life no balance.“
Top Stories