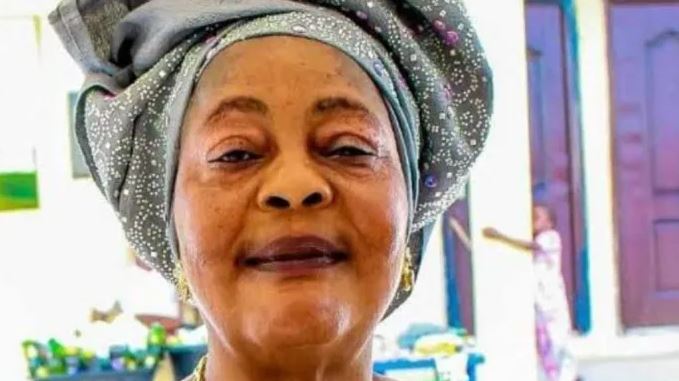 A member of the All Progressives Congress (APC) Juliana Awodogan popularly known as Iya Oniyan is dead.

Iya Oniyan, who was in her 70s, had been battling an undisclosed ailment.

Her death came the same day an APC chieftain and lawmaker at the Lagos House of Assembly, Abdulsobur Olawale, slumped and died in Jos, Plateau State.

Iya Oniyan controlled a women group which campaigns for the APC during election in Lagos through dancing and grassroots mobilisation.

She was given the nickname ‘Iya Oniyan’ because she was a pounded yam merchant and used to supply the Lagos State House pounded yam during the administration of Bola Tinubu.