We Are Now Friends, I'm Sorry For Working Against Your Candidate In Edo Elections - Gov Wike Pleads With Oshiomhole


The Rivers state Governor said he has learnt his lesson and the past should remain in the past. 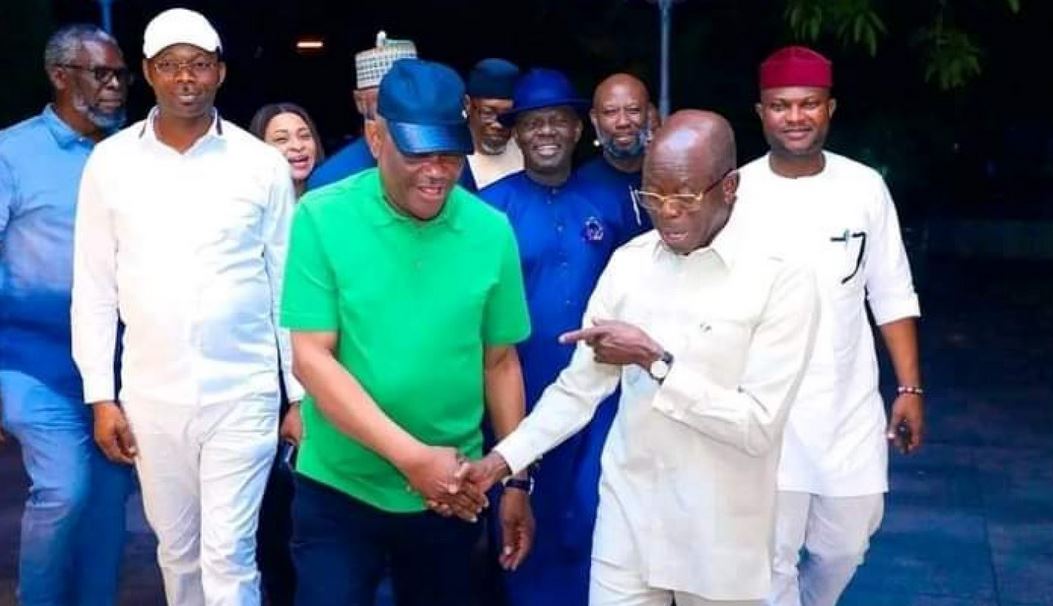 Rivers State Governor, Nyesom Wike has apologised to former National Chairman of the All Progressives Congress (APC), Adams Oshiomhole, for working for the re-election of Godwin Obaseki as Governor of Edo state in 2020.

Wike apologised at the inauguration of the Rumuepirikom Flyover in Obio-Akpor Local Government Area of the state which he (Oshiomhole) commissioned on Wednesday, November 16.

The Rivers state Governor said he has learnt his lesson and the past should remain in the past.

“I use this opportunity to apologise to you. I came to Edo State to make sure your candidate didn’t win election. I said you won’t win and you didn’t win. That assignment has been done and we now know who is who.

“We are now friends, let bygones be bygones.

“I want to sincerely apologise to you. Each time you learn. People will praise you when you do for them. When you say, they are wrong, they begin to say all sorts of things.

“I’m sure those of them in my party before cannot do anything without Wike but because I said let the right thing be done, let agreement be agreement, I have now become an enemy. These are people who were praising me morning and night.”

Recall that Oshiomhole, who was Edo governor between 2008 and 2016, handed over to Obaseki who was then a member of the APC.

The two men, however, fell apart due to intra-party squabbles and Obaseki who couldn’t secure APC ticket to return to office in 2020 gotten by Osagie Ize-Iyamu, defected to the Peoples Democratic Party, after which, Nyesom Wike and others worked for his re-election.

Obaseki and Wike are however at loggerheads amid a crisis rocking the PDP.