In advance of the general election in 2023, the commission started airlifting the BVAS machines to the states on Wednesday. 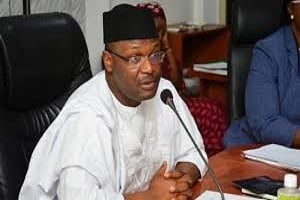 Nigeria's electoral body, the Independent National Electoral Commission has been slammed by experts.

The INEC was criticized for disclosing the deployment of the bimodal voter accreditation system to states.

In advance of the general election in 2023, the commission started airlifting the BVAS machines to the states on Wednesday.

However, several experts, who spoke to our correspondent on Thursday about security and the sensitivity of the BVAS in the next election, did not agree with this action.

A security expert, Jackson Ojo, explained that the announcement of the transfer of BVAS to other states by INEC might trigger security threats, noting that more attacks on INEC offices might play out.

He claimed that some INEC personnel might be the informants of the attackers.

He said, “Months ago, some local government INEC offices and facilities were burnt down, and I am very sure that more attacks will still be carried out on INEC offices.

“These unknown people are still setting ablaze INEC offices, and INEC is still telling the public that they are moving BVAS to wherever. Now, it has been resolved that the BVAS is going to be used for the next election; INEC is directly telling them that they can go to the INEC offices and destroy the BVAS.”

A political analyst, Busari Dauda, stated that the act by INEC might expose the BVAS to criminal elements who would not want the election to hold.

Dauda said, “I do not think it is necessary for INEC to announce the deployment of BVAS. This is something that INEC would have kept to themselves because of the sensitivity of the machine.

“Politicians will begin to penetrate INEC personnel in states to find out how many of the machines have been deployed and how they can be manipulated. These things are real.”