According to Israel, after he and his colleagues saw the man committing the dastardly act, they made sure he was mercilessly dealt with. 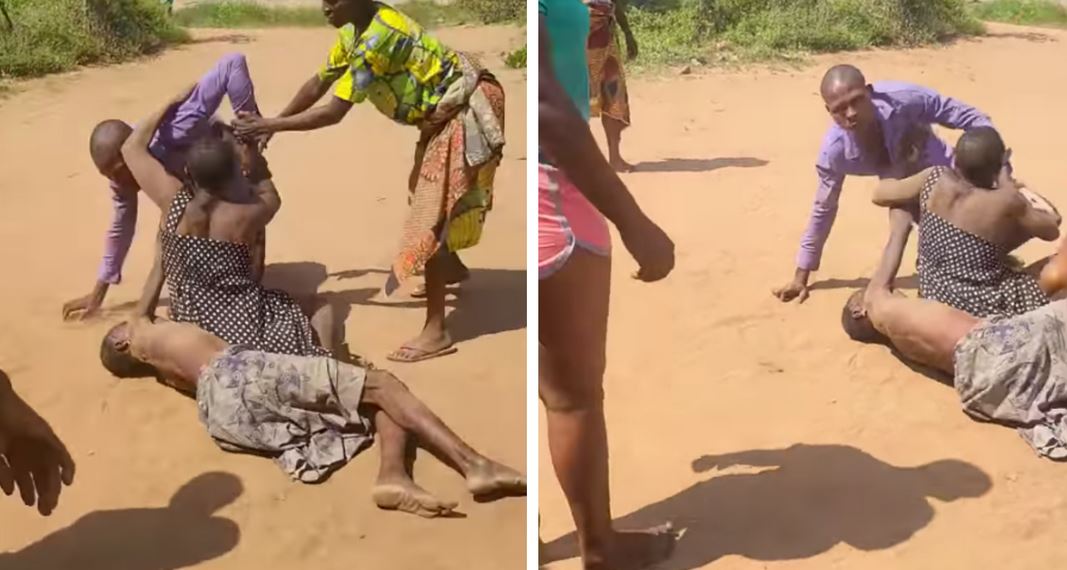 According to Israel, after he and his colleagues saw the man committing the dastardly act, they made sure he was mercilessly dealt with.

"Last week, I was returning from school when I came across a young man seriously beating up his very old mother who should be more than 70 years old," he wrote.

I parked, my car and the moment I started a video, they rushed at me saying I shouldn't video to save the face of their community.

Some of my colleagues saw me and parked their cars as well. Omo, we constitute 4 the community dat day dem fear us. We dealt with the guy until their community executives came to take up the matter and were begging I should delete the video.

I told them it's noted and for that I won't mention the name of the community but for those still beating old people, when you see this guy, ask him what he felt from us.'' 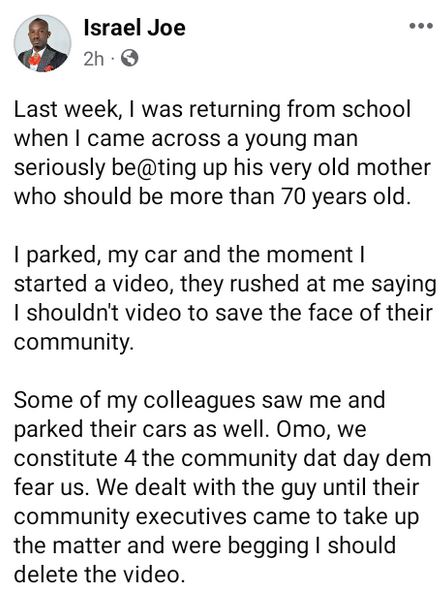 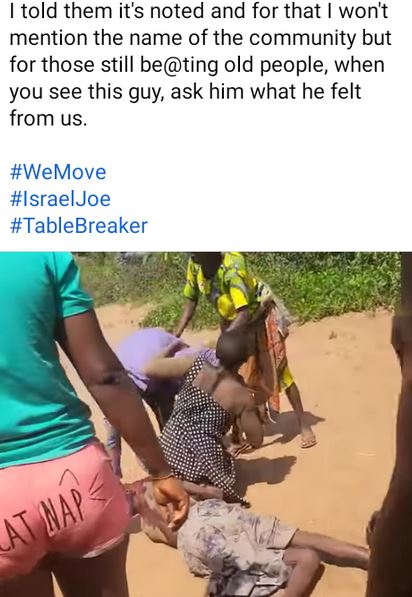