He also stated that any woman that is not ready to learn from his mother cannot become his wife. 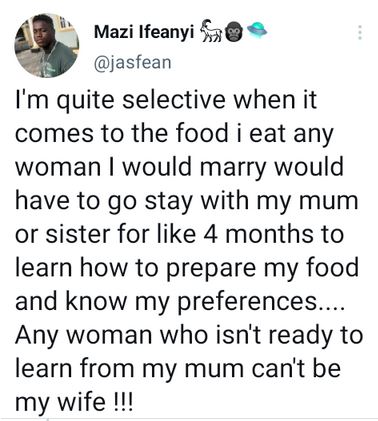 A Nigerian man identified as Mazi Ifeanyi has stated that any woman he would get married to has to stay with his mother or sister to learn how to prepare his food.

According to him, he is quite selective and would need his wife to know his preferences.

He also stated that any woman that is not ready to learn from his mother cannot become his wife.

Ifeanyi said that marriages of old lasted longer because women treated their husbands like ''kings and worshipped them. ''

"I'm quite selective when it comes to the food I eat. Any woman I would marry would have to go stay with my mum or sister for like 4 months to learn how to prepare my food and know my preferences.... Any woman who isn't ready to learn from my mum can't be my wife !!!" he tweeted. 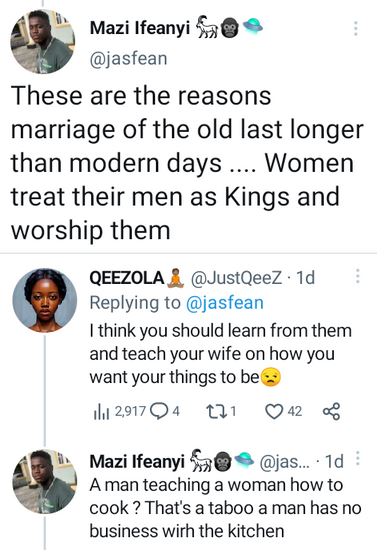