In the video, Obasanjo was seen acting as the senior prefect of the school. 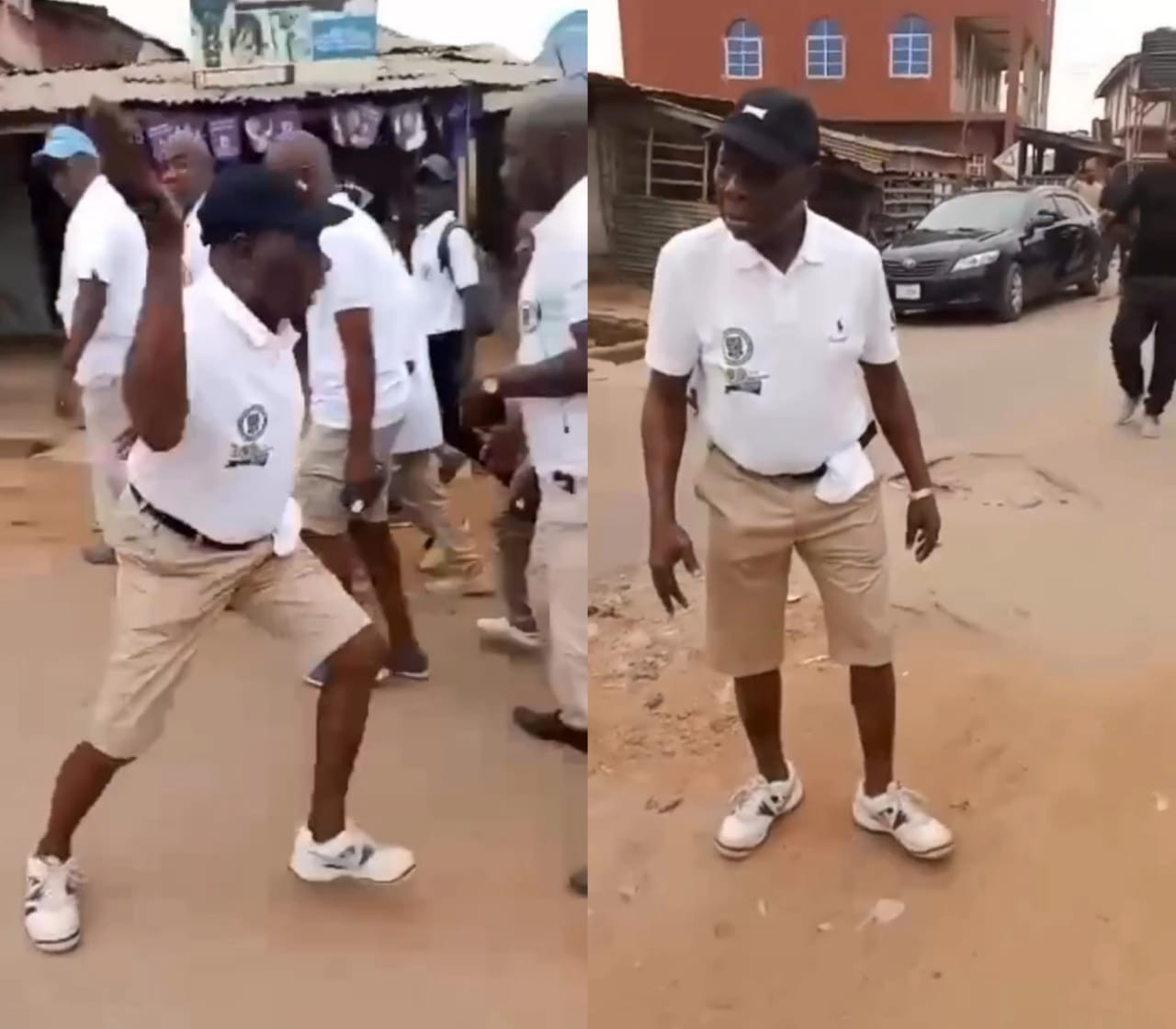 Nigerians have called out Bola Tinubu of the All Progressives Congress after a video showing the moment former president Olusegun Obasanjo hit the street with his school mates to celebrate the 100 years anniversary of his secondary school, Baptist Boys High School, BBHS, Abeokuta, Ogun State surfaced online.
In the video, Obasanjo, who was dressed in shorts, vest and a pair of canvas, acted as the senior prefect of the school and was seen given instructions to other students on how to maintain decorum during their street match.
Reacting to the video, Nigerians praised the former Nigerian leader for his agility despite his old age, while also wondering if the All Progressives Congress presidential candidate can also display same energy
Read the reactions below,
Emperor, “This man is more active than Tinubu.”
Goo_geh, “See how this man is stronger than bala bulu.”
Emp, “No civilian can be this active at such age. OBJ no be guy name.”
Dayo, “And Agbado boys want us to believe OBJ is older than him.”
King, “Old soldier no dey kpayin, baba na giran eruku makanaki”
Botella, “The man is very strong for his age.”
Triple, “Can bala blu bulaba do this.”
Teeking, “Who said Tinubu has left the group chat.”
Shodzzz, “Old soldier na old soldier nothing change.”
Oluphola, “Everything na make Tinubu do this for that. Is there any joy you guys get from dragging him.”
Keem, “Obasanjo is way more healthier than Tinubu.”