The young African immigrant who scaled building to save a child dangling from the balcony of a building has finally met the French President, got a honorary citizenship and a job. 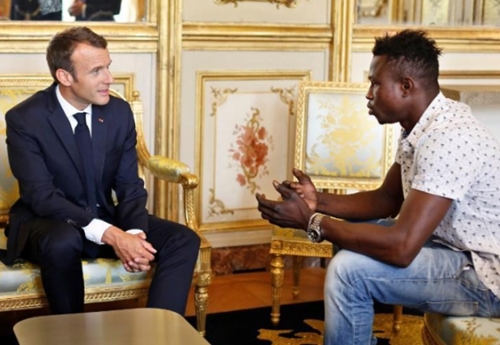 Mamoudou and French President, Macron
The 22-year-old herioic Malian immigrant, Mamoudou Gassama, who scaled an apartment building in Paris to save the life of a dangling 4-year-old, has met with French President, Emmanuel Macron.
After the video of him saving the boy went viral, the undocumented immigrant, who has now been dubbed "Le Spiderman" because of how fast he scaled the building to get to the child has also been rewarded for his brave act. 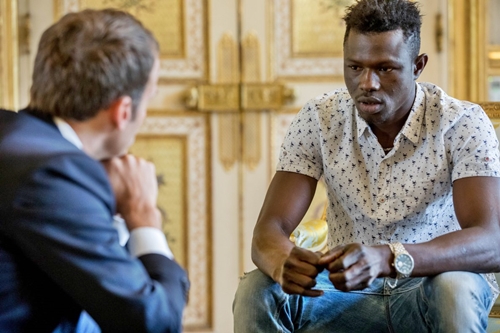 Mamoudou met with President Macron at the Elysée Palace, after which Macron revealed that Mamoudou will be granted French citizenship and enrolled as a firefighter in the French fire service.
"All the papers will be put in order," Macron said when meeting Mamoudou Gassama. 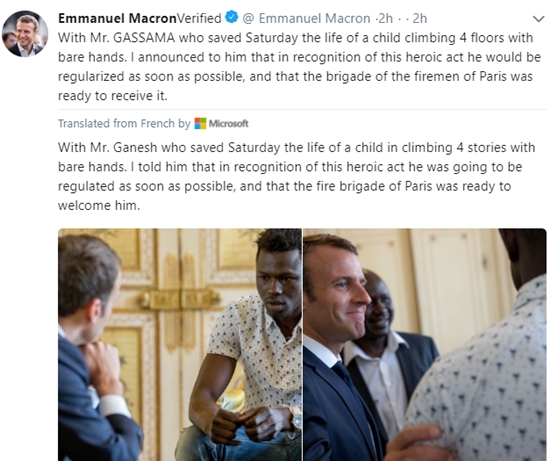 The president later tweeted: "With Mr Gassama who saved the life of a child after scaling four floors with his bare hands. I told him that in recognition of this act of heroism he would be regularized as soon as possible and that the Paris fire brigade were ready to welcome him."
During his meeting with Macron, Mamoudou told him of his experience. "I was trembling, I couldn't believe it," he said. 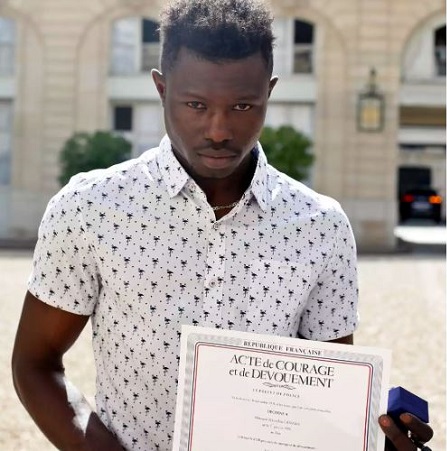 Macron asked what condition the child had been in once he'd been rescued.  "He was crying, his feet were hurt" said Gassama, adding that he had seen the toddler since the incident.
"Bravo," replied the president.