They have remained stranded in the United Kingdom after the NDDC management repeatedly excluded them from funding for about two years. 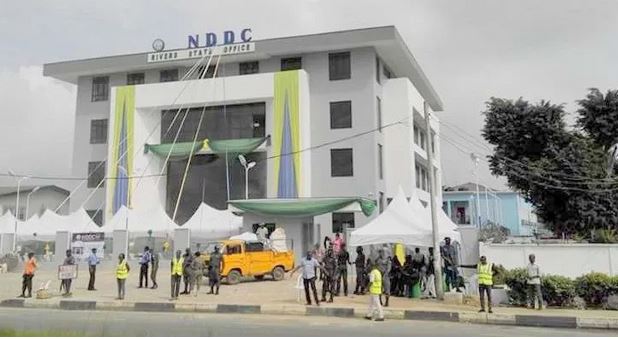 According to PREMIUM TIMES, after two years of delay, the Niger Delta Development Commission (NDDC) has finally agreed to release funds for the remaining Nigerian students under its foreign scholarship programme.

The students, close to 100 in number, belong to the 2018 batch of the scholarship programme.

They have remained stranded in the United Kingdom after the NDDC management repeatedly excluded them from funding for about two years.

The students held a protest in front of the Nigerian High Commission in London recently after the NDDC disowned them as “hirelings masquerading as the Commission’s scholars.”

They brandished their NDDC scholarship award letters during the London protest to prove they were not “hirelings.”

A statement issued on Monday by the NDDC quoted Cairo Ojougboh, the executive director, Projects, as saying that the delay in funding the scholarship was “caused by many factors including the fight by those opposed to Mr President’s forensic audit of the commission which distracted the management from working for at least two months.”

Mr Ojougboh, with other NDDC officials, held a meeting on Monday with the aggrieved students in London, where he assured that money for their tuition and upkeep would be released soon after some verification.

The students were represented by Gobo Iyowuna, Kingsley Omokaro and Kayode Olugbemi, the statement said.

One of the students who spoke with PREMIUM TIMES after the meeting said he hoped the commission would “keep to their words this time around.”
The students have been appealing for President Muhammadu Buhari’s intervention in the matter.

A group in the Niger Delta, the Niger Delta Rights Advocates, said it was “another joke taken too far” for the NDDC management to have described the students as “hirelings.”

“The most honourable path to take should be sorting out all beneficiaries of its scholarship scheme, rather than resorting to issuing pedestrian official statements that will exacerbate the already shameful situation,” the group said in a statement signed by its spokesperson, Darlington Nwauju.