A woman reportedly chopped off her niece's finger as punishment for an undisclosed offence in Onitsha. 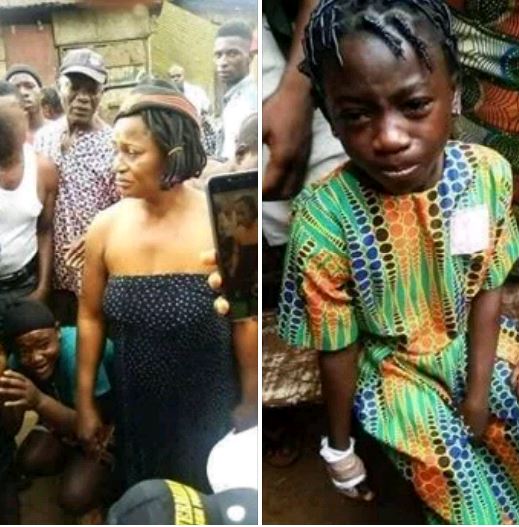 Woman Allegedly Chops Off Her Niece’s Finger In Onitsha

A lady has been arrested for allegedly cutting off one of the fingers of her niece living with her in Onitsha, Anambra State.

Details about the incident are still sketchy but the Facebook user who posted the photos on Wednesday, September 23, said that the 'devil woman' hails from Enugu State.

"U people should come and see Ekwensu Nwanyi ooooo An onitsha based Enugu state woman cuts off the finger of her niece living with her" he wrote. 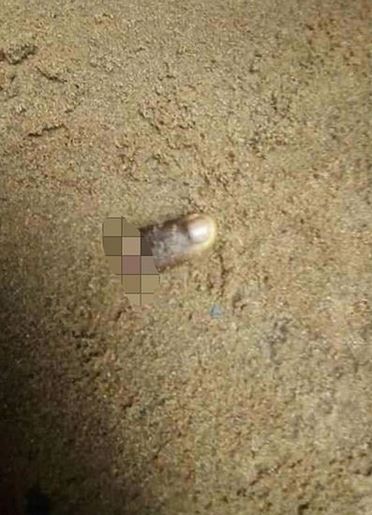 It was gathered that the suspect, known for always assaulting the victim, took the drastic action because the little girl failed to do some chores. 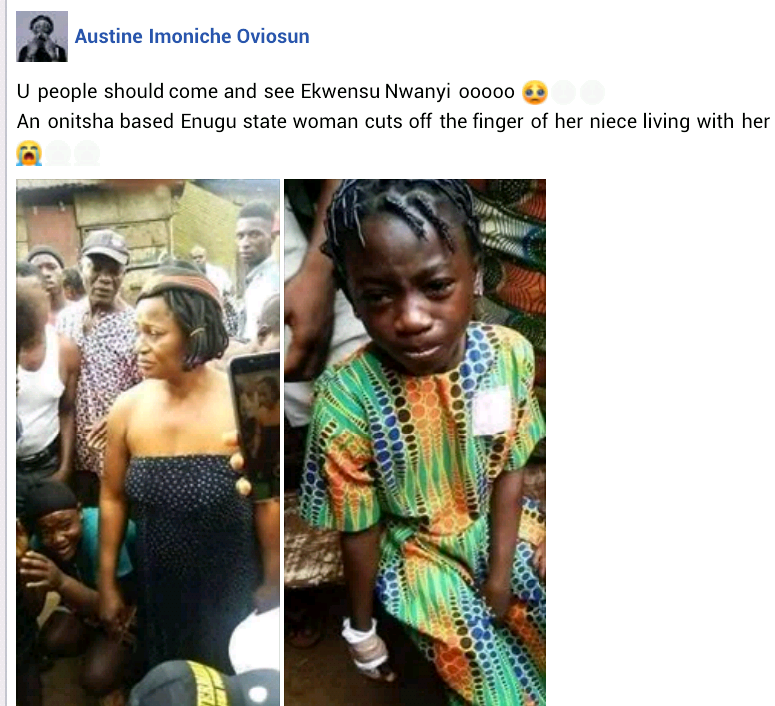 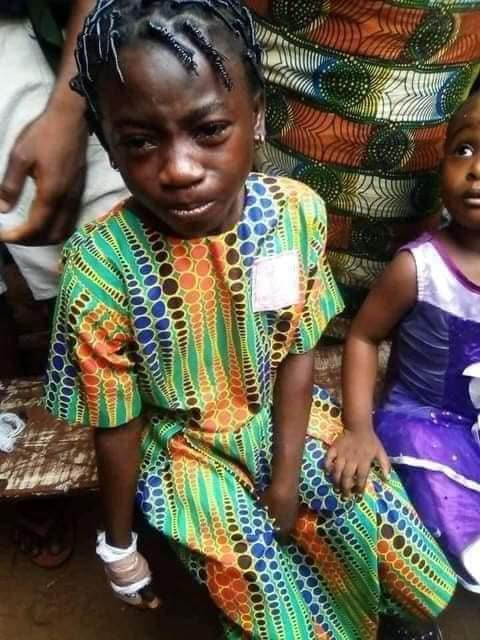