President Muhammadu Buhari had in May 2018 appointed Gana as Acting Registrar of NECO following the suspension of Charles Uwakwe for various offences bordering on financial impropriety. 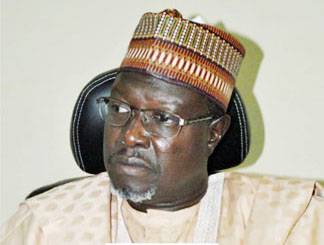 Abubakar Gana, former Acting Registrar of National Examinations Council, is currently enmeshed in a corruption saga involving the misappropriation of about N368,875,000.00 belonging to the examination council, a document seen by SaharaReporters has shown.

President Muhammadu Buhari had in May 2018 appointed Gana as Acting Registrar of NECO following the suspension of Charles Uwakwe for various offences bordering on financial impropriety.

He was reverted to his position as a director in the council following the appointment of Godswill Obioma as substantial Registrar on May 14, 2020.
According to the document seen by SaharaReporters, Gana connived with some senior officials of NECO to divert about N368m generated by the council from the 2018 June/July SSCE registration fees between June and December 2018.

A source said the former Acting Registrar in collaboration with the Director of Finance and Accounts, Jacob Samuel Ekele, and the then Acting Director of Examination Administration, Mustapha K. Abdul, diverted the money from the council’s coffers under the pretence that the amount represented a revenue loss as a result of ‘missing’ 32,500 units of 2018 June/July SSCE registration cards (worth N368,875,000) in NECO office Ibadan, Oyo State.

SaharaReporters gathered that the trio persuaded the Governing Board into believing that a former Oyo State officer and one director conspired to sell the cards and misappropriated the money.

“The two officers were painfully dismissed from service without a fair hearing and due process. Whereas the fact of the matter, as thoroughly investigated by us show that NECO did not lose a kobo to that incident. That the allegation against the dismissed Officers was completely false and baseless,” the source said.

The source said that aside from the sacking of the former Oyo officer alongside a director, Gana also misled President Muhammadu Buhari into heaping the blame for the “missing cards” among other things on Uwakwe, a former Registrar of NECO.

“NECO Office Ibadan was burgled on 18th December 2017 during which 32500 units of 2018 June/July SSCE Registration cards worth N368, 875,000.00 were stolen. At the time of the incident, the then state officer was said to be in Minna on annual vacation, just like every other NECO staff at the time.

“On getting the information, the state officer called one of his Oyo State office staff to report the incident to the nearest police station in Ibadan on the same 18th December 2017. The state officer also informally informed the affected director and the South-West Zonal Coordinator (all via phone calls).

“The director on the other hand also informed the then Registrar, Prof Charles Uwakwe, verbally (via phone call) on the same day. Therefore, the cards got stolen not ‘missing’ as falsely alleged by the Acting Registrar.

“Upon resumption from the annual holiday in January 2018, the state officer formally reported the incident to the Registrar via a letter dated 17th January 2018 but received at the headquarters of NECO on 29th January 2018.

“The report was speedily acted upon by the affected director on the same 29th January 2018 as evidenced by minute “A” on the report and the register below.

“The report, which recommended the blocking/tracking of the cards, eventually got to the Acting Director, ICT Department, on 23rd February 2018, as indicated on the attached out-going despatch register.

“The then Acting Director, ICT Department, had all the 32500 stolen cards completely “blocked” thereby rendering them completely useless. A new set of cards were issued to the then-new Oyo State officer, in replacement for the stolen but blocked cards.

“On assumption of duty as Acting Registrar on 10th May 2018, Mr Gana did not deem it fit to verify from or query the Director that treated the case or look at the evidence in the case file or the explanation given by the state officer before reporting the two officers to EFCC in July 2018.

“Without waiting for EFCC report on the level of culpability or otherwise of the two officers, the Acting Registrar conspiratorially convinced the Chairman of the Board, Dr Abubakar Sadiq, to wrongly cause the dismissal of the two officers in July 2019 on the ground that their negligence had caused a revenue loss of N368, 875,000 to the council. Whereas no money was lost by NECO from the incident since all the stolen cards were rendered useless.

“With the dismissal of the two officers, Abubakar M. Gana, in collaboration with Director, Finance and Account, Dr Jacob Samuel Ekele and the then Acting Director, Examination Administration, Mr Mustapha K Abdul, successfully siphoned the sum of N368, 875,000 out of the 2018 June/July SSCE registration fees; under the criminal pretence, that the amount represents a revenue loss as a result of the stolen 32500 units of 2018 June/July SSCE registration cards,” another source told SaharaReporters.