This will be followed by three years of supervised release for two counts of mail fraud relating to a social media advanced fee fraud scheme that targeted elderly victims. 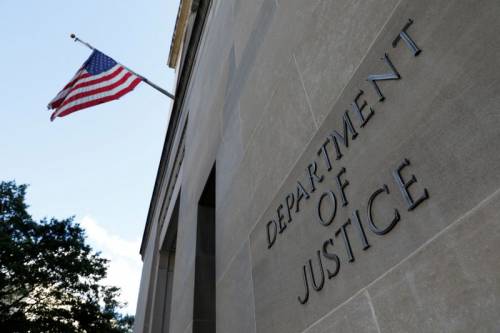 Oluwaseyi Akinyemi, a 35-year-old Nigerian national aka “Paddy Linkin”, aka “Joseph Kadin” of Hyattsville, Maryland, has been sentenced to jail.

The man was sentenced yesterday to eight years in federal prison by a U.S. District Judge Theodore D. Chuang.

This will be followed by three years of supervised release for two counts of mail fraud relating to a social media advanced fee fraud scheme that targeted elderly victims.

Judge Chuang on Wednesday also ordered Akinyemi to pay $486,119.07 in restitution to his victims, US Justice Department says.

“Akinyemi committed elder fraud and CARES Act COVID-19 fraud, which are both priorities for this Office,” said United States Attorney for the District of Maryland Erek L. Barron. “Akinyemi not only took advantage of a nursing care patient, a national health crisis, and an employment crisis, but he also caused financial harm to at least 13 elderly victims.”

According to his guilty plea, from July 10, 2018 to April 29, 2019, Akinyemi and at least one co-conspirator engaged in a social media-based elder fraud scheme.

Members of the conspiracy targeted elderly victims on social media platforms, representing themselves as agents of both real and fictitious government agencies and offered victims non-existent financial rewards if the victims first sent cash, money orders, or gift cards to cover associated “taxes and fees.”

Conspirators even impersonated social media accounts of the victim’s friends to vouch for their fraudulent financial scheme.

Believing that they would receive a financial reward, the victims sent cash, money orders, gift cards, and other valuable items through the mail to Akinyemi as well as other members of the conspiracy in order to obtain a financial reward.

Akinyemi, who lived in Landover, Maryland at the time, received packages under the aliases of Paddy Linkin,” “Flex,” “Joseph Kadin,” “Anna Marcos,” and other aliases.

Akinyemi admitted that this advance fee fraud scheme defrauded 13 victims from around the United States, ranging in age from 47 to 78 years old, of a total of $478,145.07.

For example, Victim 1, who was 78 years old and lived in Texas, received an application via social media to apply to a purported federal government grant program.  The application was accompanied by a message from a person whom Victim 1 believed was a friend, vouching for the program.

To induce Victim 1 to continue to send money, members of the conspiracy sent Victim 1 electronic “certificates,” including a “Certificate of Completion” bearing the Internal Revenue Service seal, stating that it was from the “Federal and State Tax Institutes.”

Victim 1 also received a certificate with a U.S. flag on it with the words “Federal Grants” next to it which included Victim 1’s full name and the text: “Federal Government Grants for the sum of $5,000,000.”  After receiving these certificates, Victim 1 continued to send money to Akinyemi and other members of the conspiracy.  In total, Victim 1 sent between approximately $70,000 to $80,000 to Akinyemi.

In total, Akinyemi and his co-conspirators used the identities of 19 real individuals to file fraudulent CARES Act unemployment insurance and PUA claims, causing an actual loss of more than $7,000, and an intended loss of $250,000 in state and federal benefits.