The woman got 27 years imprisonment after plotting with her boyfriend to kill her husband. 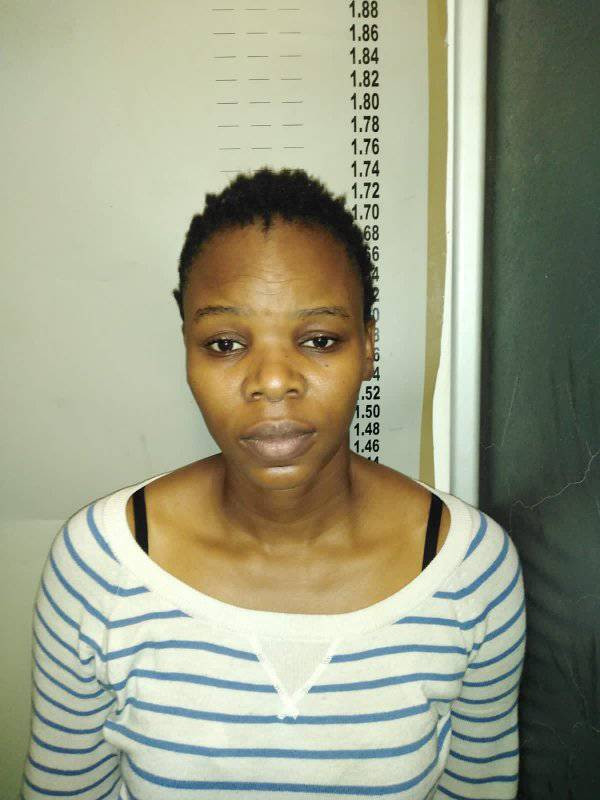 A woman will spend the next 27 years in prison for plotting with her boyfriend to kill her husband.
The South African woman, Mapula Florah Manaka, was handed the sentence on Tuesday, August 16, 2022 for orchestrating the murder of her husband, Archie Manaka during an incident.
The Limpopo High court in Polokwane heard that Flora,40, and her boyfriend plotted a murder against Archie, 43, who was an IT Specialist in Polokwane.
On 08 April 2020, the deceased was attacked and stabbed several times at his home in Moletjie, Ga-Makweya, in the Seshego policing area outside the City of Polokwane during what was believed to be a house robbery.
When the police arrived at the scene, the deceased's wife reported that three unknown suspects forcefully entered the house, attacked her husband and took an undiclosed amount of money, laptop and fled the scene.
A case of murder and robbery was opened. Police investigation and manhunt for the suspects involved ensued.
A Special Task Team comprising the Provincial Tracking Team, Provincial Investigation Unit and Provincial Crime Intelligence Unit was established and spearheaded the investigation.
The deceased's wife, her boyfriend, Agrinate Makhubela aged 27 and his accomplice aged 30, were arrested a few months after the incident.
The investigating officer Detective Sergeant Noko Mashitisho attached to the Provincial Investigation Unit successfully opposed bail and the accused were kept in custody until the finalisation of trial. The third accused has since turned into a state witness.
Meanwhile, the case against the accused's boyfriend Agrinate Makhubela, is yet to be finalised in court.
The accused was sentenced to 20 years imprisonment for murder and 7 years for conspiracy to commit murder.
The sentences will run concurrently, meaning the accused will serve an effective 20 years imprisonment.
Top Stories