I Don't Put Money Together With My Husband, Business Is Business - Toyin Abraham 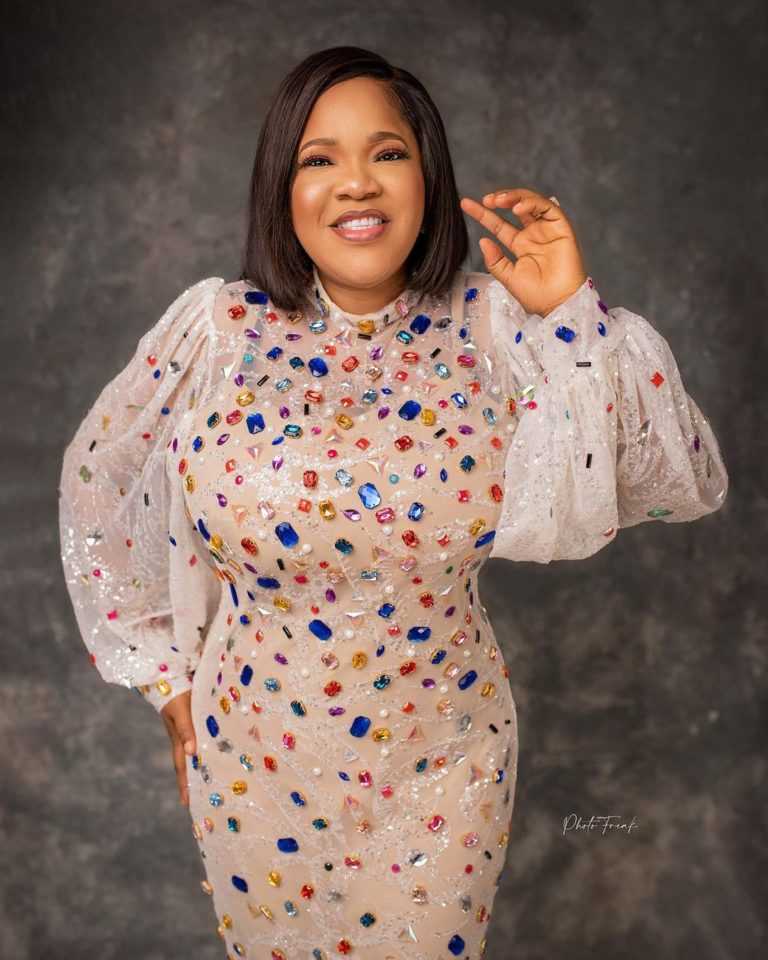 Popular Nollywood actress, Toyin Abraham has revealed that she runs her business separate from her husband.
According to the star, she cannot mix her money with her filmmaker husband, Kolawole Ajeyemi.
The actress stated this during a recent interview with Ebuka Uchendu on Rubbing Minds show aired on Channel Television
Responding to a question on her working relationship with her husband, the mother of one explained that she does not mix business with pleasure.
Toyin who also revealed that she recently had a miscarriage, said that although she has been featured in several movies with her husband,  she said she cannot produce movies together because they don’t mix business.
She said, “Me and my husband we don’t work together. I can work in his movies but producing together? No. He has his YouTube channel, I have my YouTube channel. I promote his job, he promotes mine. But putting money together, no. He has his businesses and I have mine.”